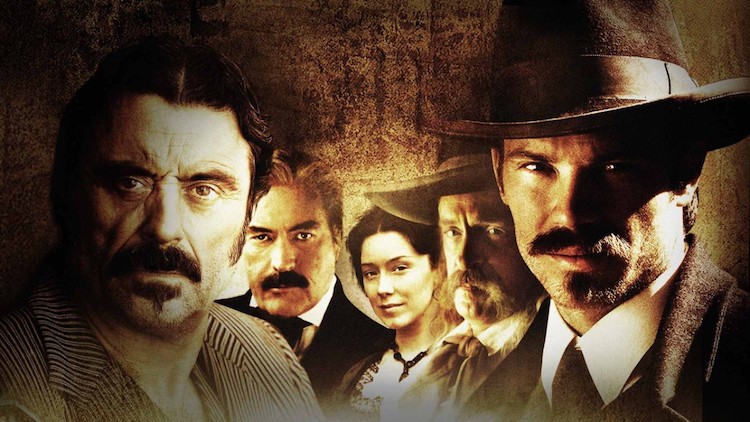 While speaking at the 2018 Television Critics Association, HBO president Casey Bloys announced that the premium channel had green-lit plans to begin production on the long-awaited, now highly-anticipated Deadwood film. The original, award winning, critically 36 episode series ran from March 21, 2004 through August 27, 2006 before being unexpectedly canceled. It’s not clear if original cast members, such as Ian McShane (Al Swearingen), Timothy Olyphant (Seth Bullock), Molly Parker (Alma Garret), W. Earl Brown (Dan Dority) or Robin Weigert (Calamity Jane) will be returning, as Bloys did not reveal a great deal of information about the film. Rather, he just asked that all celebrate its return.

Let’s take the green light and celebrate that.

Them @hbo cocksuckers have spit in their palms and shook on it. DEADWOOD is coming back. HUZZAH! https://t.co/b2R5ZFPiVW