Comedian Adam Buxton (previously) wrote, directed and provided the audio for a wonderful anecdote about the late, greatly missed David Bowie that director Michael Dignum had shared on Facebook. The Brothers McLeod (previously) provided the animation for this slightly profane, but incredibly humorous memory that gives insight into who Bowie really thought he was.

Essentially, Bowie told Dignum about a time when he was dressed in a clown suit for the “Ashes to Ashes” video shoot. A man and his dog somehow interrupted the shoot. The man, who had absolutely no idea as to what was going, on was asked if he knew who Bowie was. The man replied rather colorfully “Of course I do!!!! Its some c**t in a clown suit”. Bowie stated that the man’s words stuck with him for a long time. 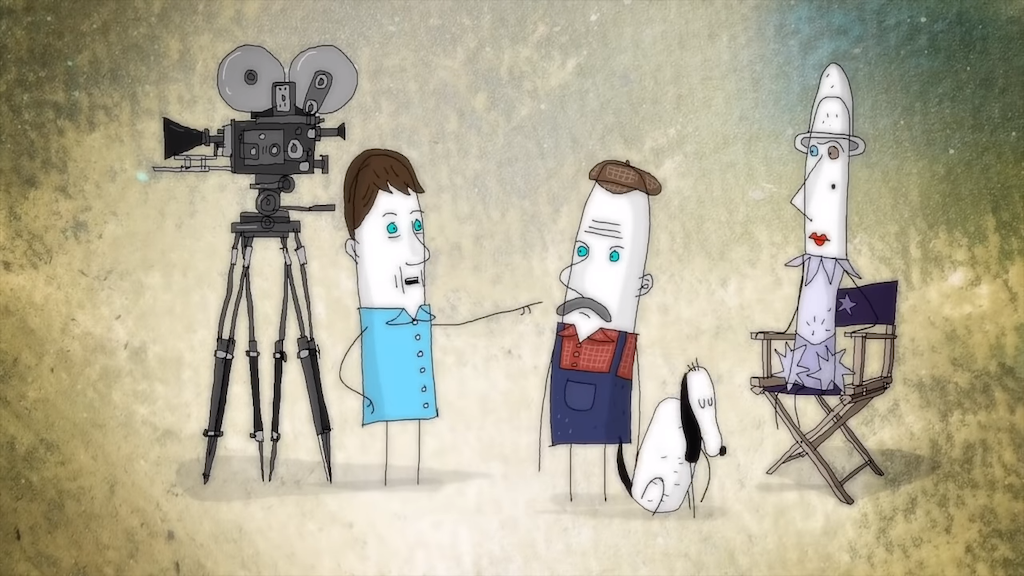 Here’s the video for which Bowie was dressed as a clown.