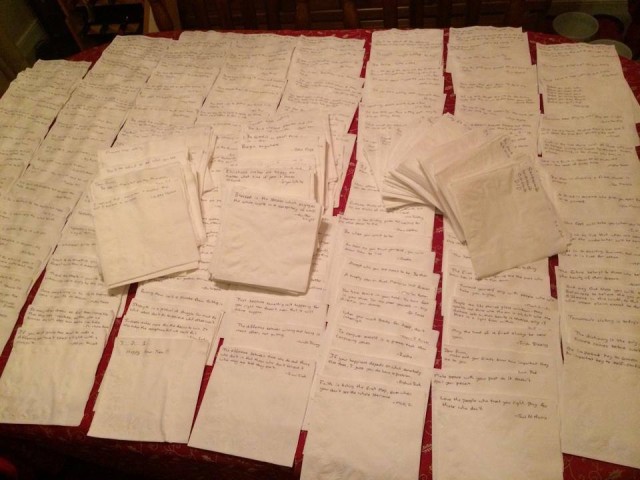 W.Garth Callagher aka The Napkin Notes Dad has been writing notes on his daughter Emma’s lunch napkins since she was in second grade. In 2013, he began sharing the notes via Twitter and Facebook as a way to help other parents.

I started to post these notes in Facebook and Twitter about a year ago as a way to inspire other parents. The Facebook Napkin Notes page was created in August 2013 as a central place for parents to go for daily inspiration. I have received many supportive messages via email and Facebook postings.

Garth has wrestled with kidney cancer twice over the last few years and is currently living with prostate cancer. With this in mind he made it his mission to write a note for every day of Emma’s life through high school (826 notes to be exact), to live on in case he’s not there.

“What does high risk mean?” Garth asked. His oncologist looked him in the eyes and responded… “You are going to die of this.” Garth is 44 years old and has been diagnosed with cancer three times since November 2011. Prostate cancer once. Kidney cancer twice. Although he appears healthy today, statistics say he has an 8% chance of living past 5 years…Garth may die, but he will not let Emma eat lunch without that note. This is his promise to write one napkin note for every day of class Emma has until she graduates from high school. To date, he has completed 740 notes. 86 to go. – Because I Said I Would, January 23, 2014.

Garth has also compiled his notes into a Kindle book.

On January 30, 2014, Garth announced on the Today Show that doctors found no evidence of disease in his blood work. We wish Garth well. 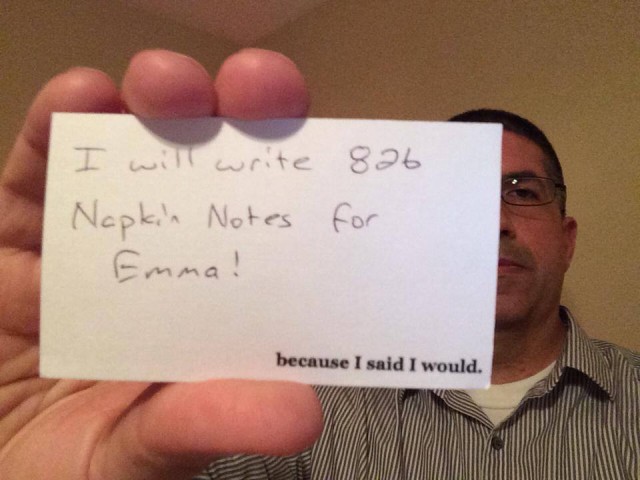 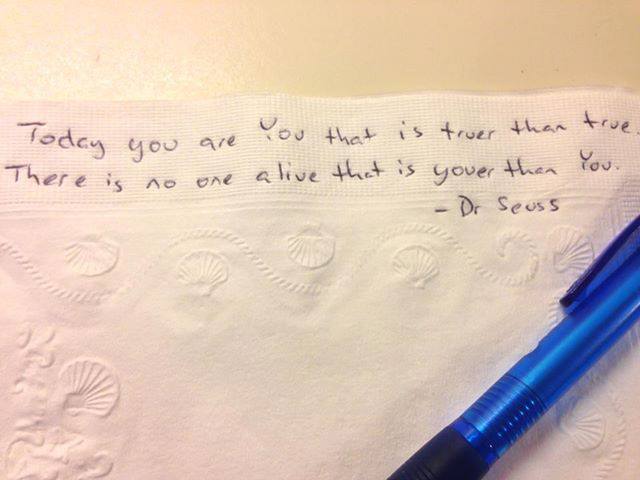 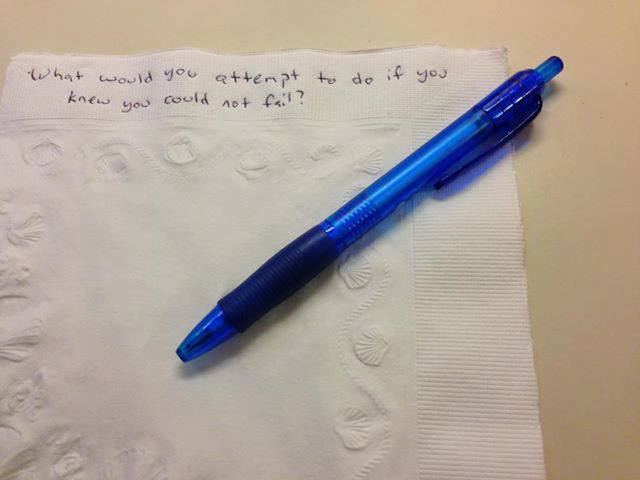 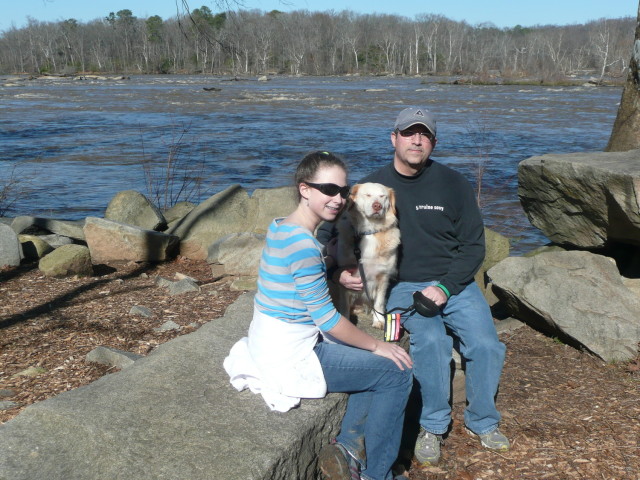