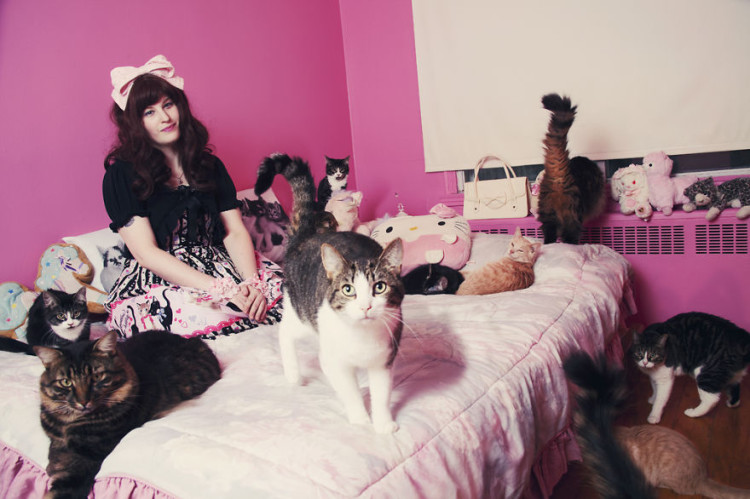 Photographer Andréanne Lupien has created “Crazy Cat Lovers,” an amusing photo series that puts people in a room with multiple replications of their cats, making it appear as if the person has gone into the “crazy cat person” zone.

I wanted to make a series of photos, but I didn’t know about what. I thought about it for a moment until I found an old self-portrait (with my cat) that I made a few years ago. I had fun taking pictures of myself with my cat, putting it around me in the room so that the final picture would result in my cat being multiple times in the photography doing multiple actions. That was it! This was going to be my subject: Cat lovers and their cats. 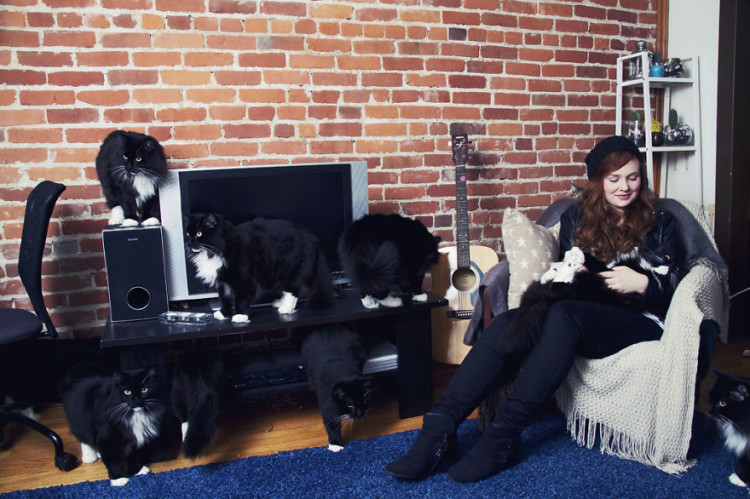 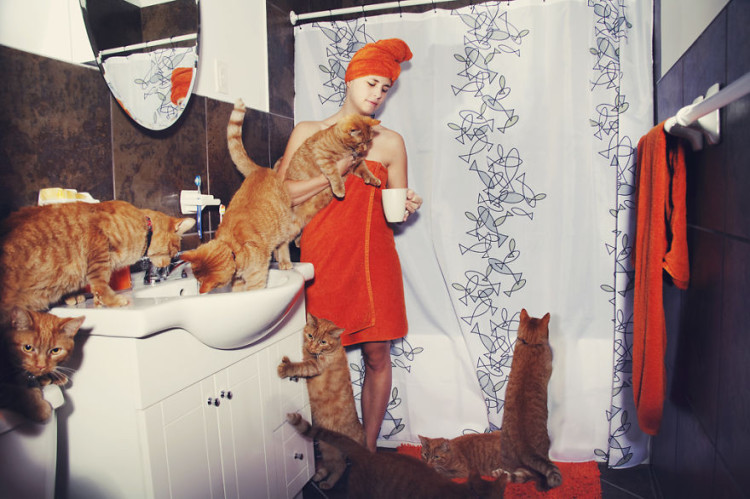 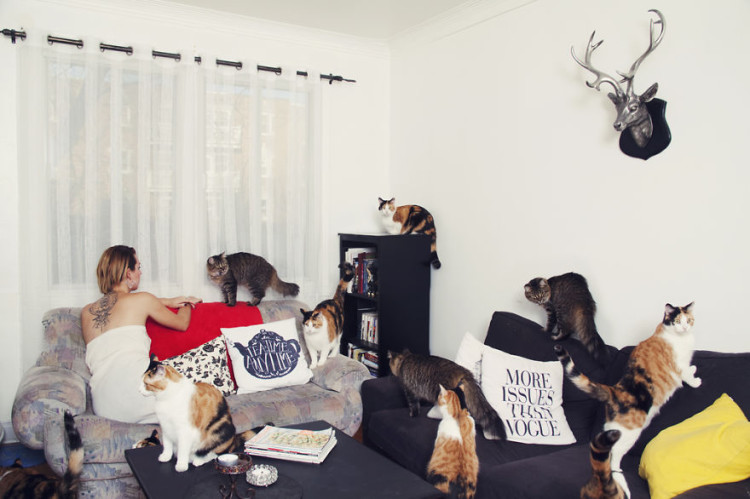 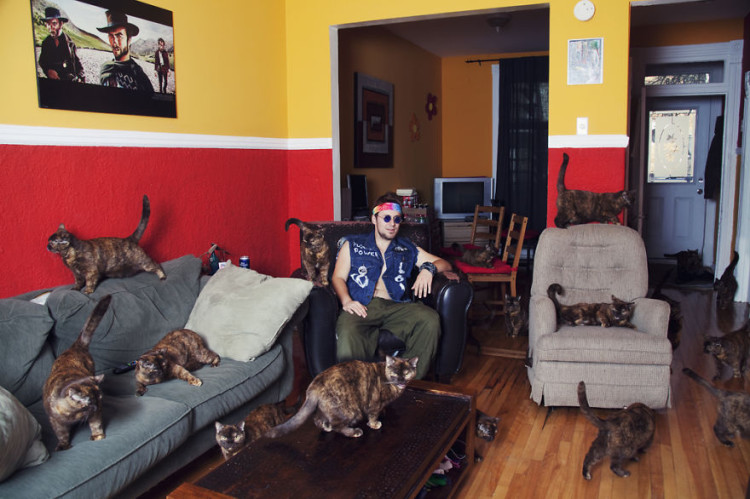 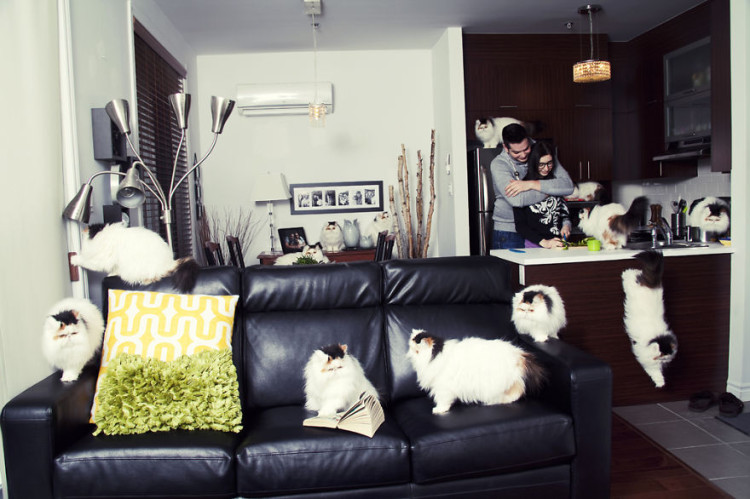