Human-Computer Interaction (HCI) researcher and engineer Marc Teyssier (previously) has invented Skin-On Interfaces, an artificial skin cover for mobile devices. The realistic texture is highly conductive and encourages users to use natural movements on touch sensitive devices. The top layer of the artificial skin is made from “DragonSkin silicone with beige pigments on a skin-like texture mold”, while the conductivity is implemented with open source hardware.

Human skin is the best interface for emotional interaction. We propose this new paradigm in which interactive devices have their own artificial skin, thus enabling new forms of input gestures for end-users. …I try to reproduce a skin sensing layer that can track natural gestures with a spatial acuity comparable to human skin. 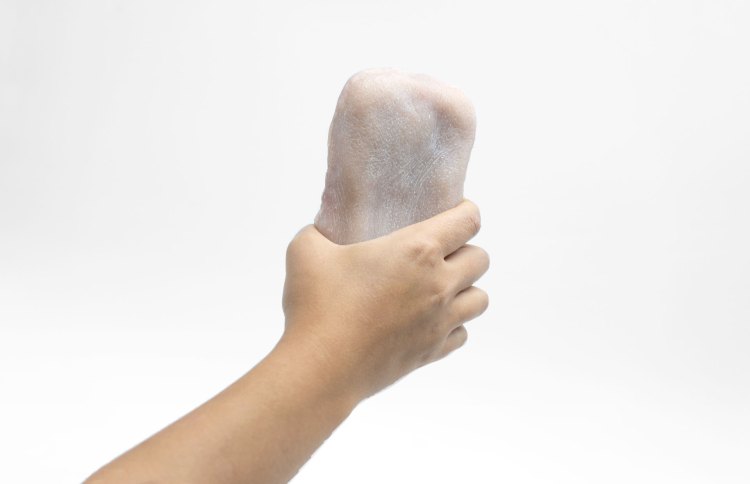 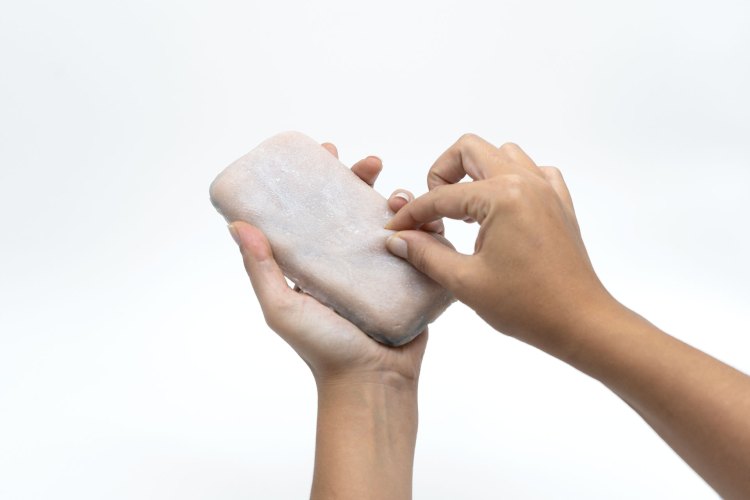 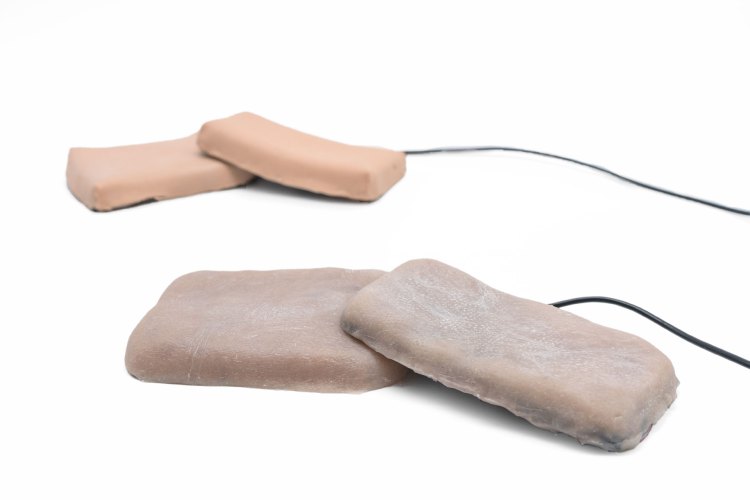 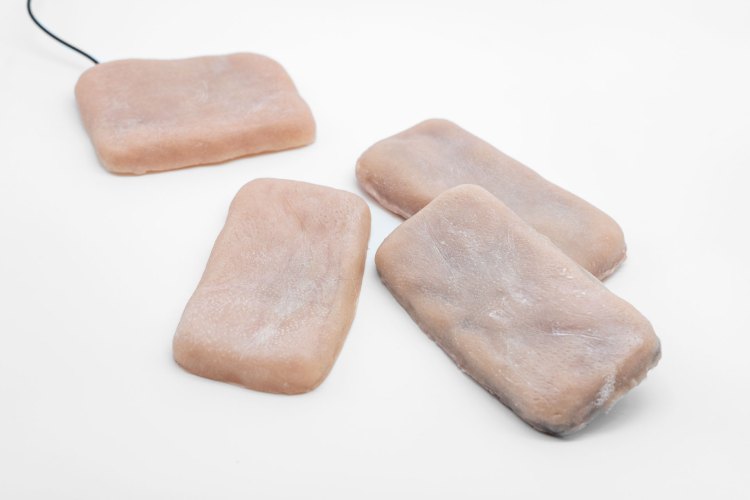 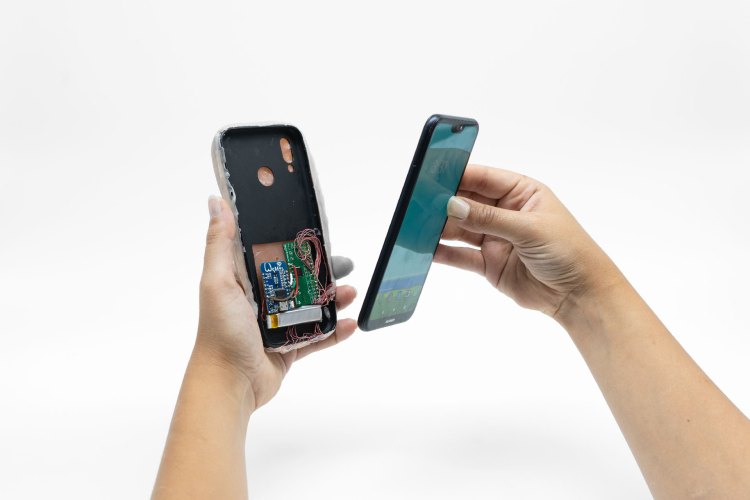 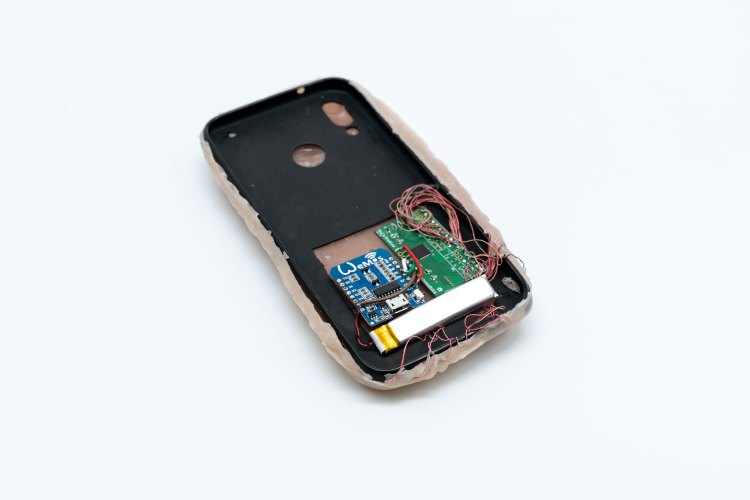