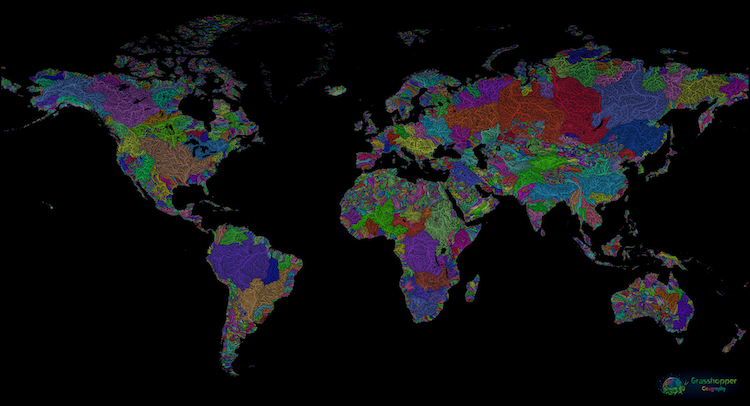 In 2016 we posted about a beautiful series of color coded maps of the river basins around the world created by Hungarian cartographer Robert Szucs. Since that time Szucs has completed a river basin map of the entire world with the same gorgeously lush effect.

…after years of data hunting, then weeks of processing and correcting, the river basins of the world map is finally complete, and I’m ready to share it with the world. Ever since I started working on the river basins maps, one of the “end goals” was to have a global one.

Szucs also finished river basin maps of Canada, North America, Russia and Asia. These and other maps are available through Szucs’ Etsy Store.

Since my dataset is now global, I could also finish some other important river maps, like Canada, North America, Russia and Asia. 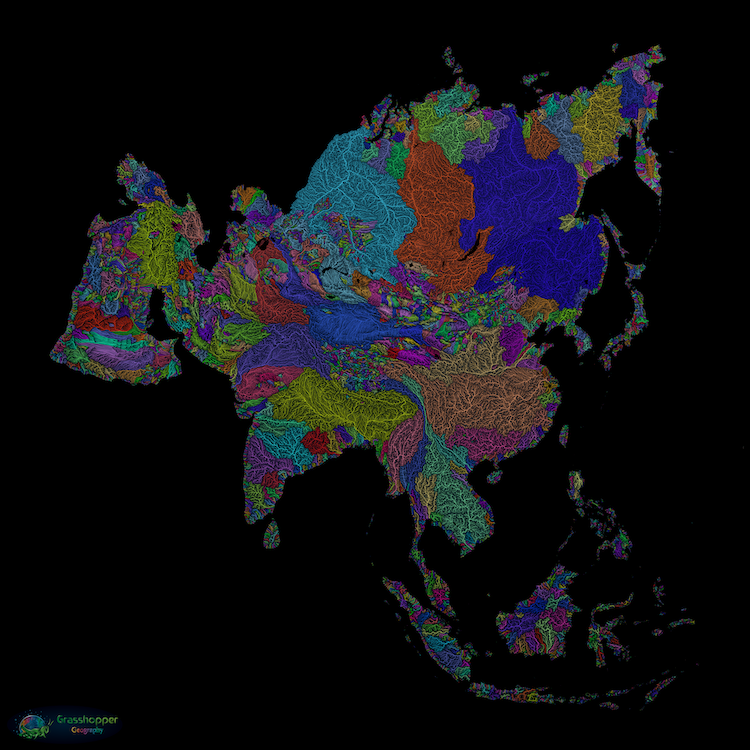 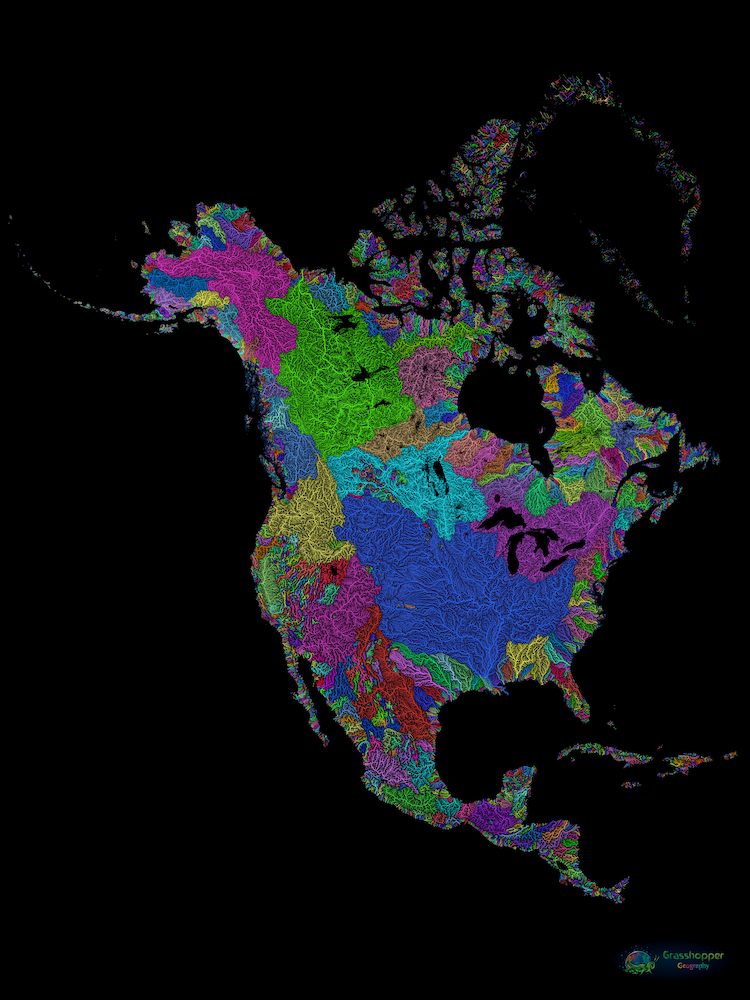 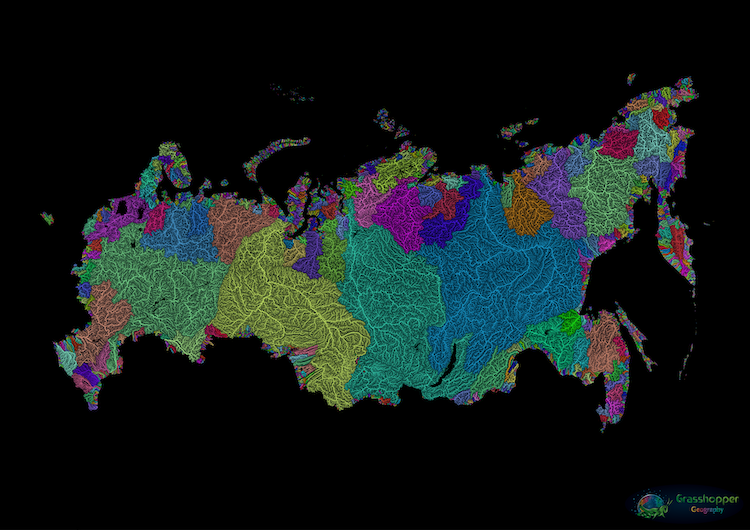