“Cloud” by artists Caitlin r.c.Brown and Wayne Garrett is a is a multi-faceted cumulus cluster of 6,000 lightbulbs, each controlled by individual chains that falls down from each bulb like rain under a cloud.

Before we even considered the light bulb, CLOUD was a study of light – its magical ability to create ephemeral space, its resonance in the darkness, and its societal importance. On a physiological level, human beings are drawn to light as moths to a flame. While the sun is an origin of all life on earth, artificial light couldn’t exist without the innovations of man. As a people-made entity, it is evidence of civilization, a source of clarity at night, and a beacon of safety. We use artificial light in cities as a language (green means go), to the point where it is now socially intuitive. The value of artificial light is especially pronounced in places where electric light has been lost, or never existed at all. 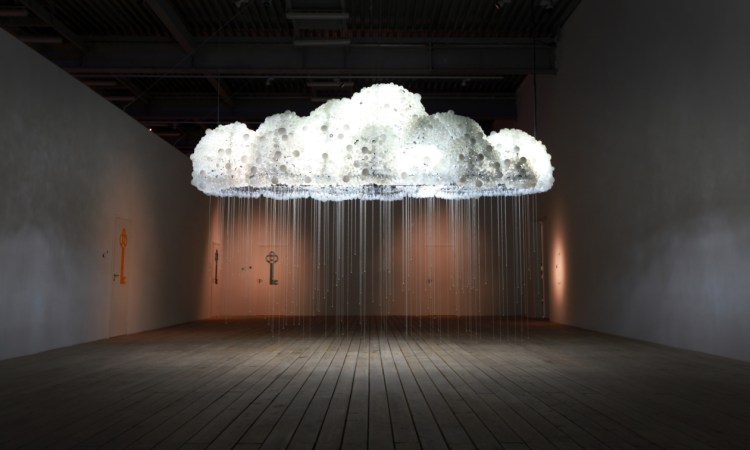 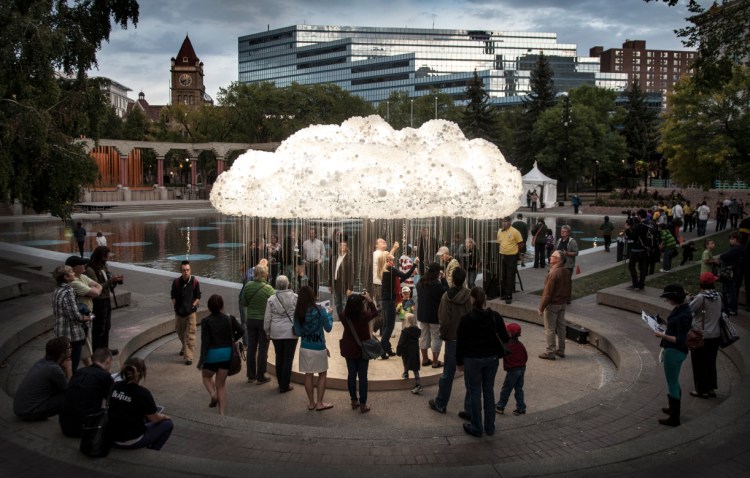 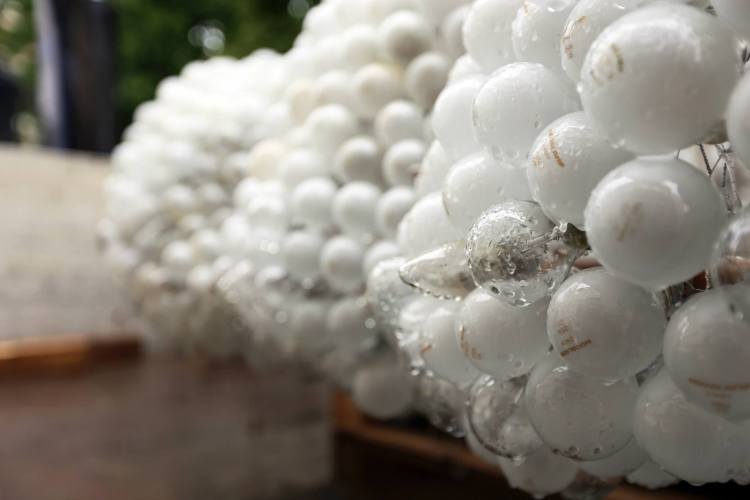 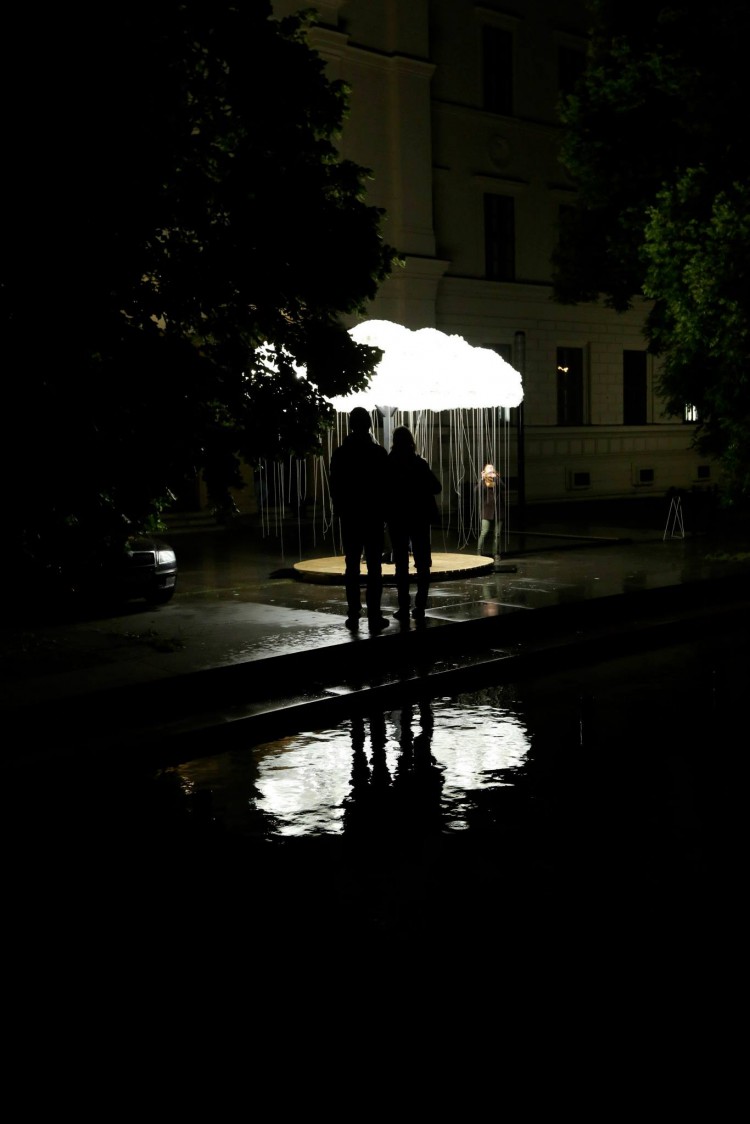 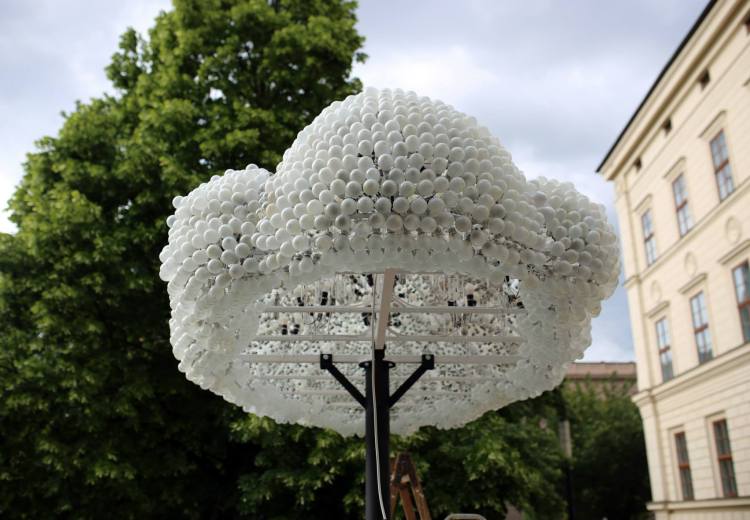 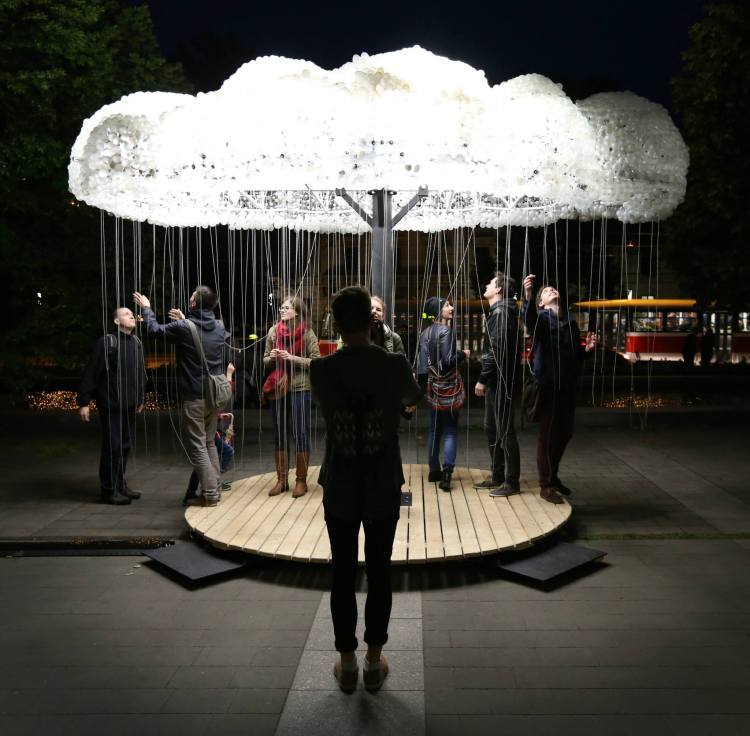