During the filming of Star Wars: Episode V The Empire Strikes Back, actor Peter Mayhew, in costume as Chewbacca, spoke aloud in English (rather than Wookiee) in order to give Harrison Ford‘s Han Solo context for their dialog.

The family of Peter Mayhew, with deep love and sadness, regrets to share the news that Peter has passed away. He left us the evening of April 30, 2019 with his family by his side in his North Texas home. pic.twitter.com/YZ5VLyuK0u

Here are a couple of photos of Mayhew signing autographs at WonderCon in 2008 and 2007. 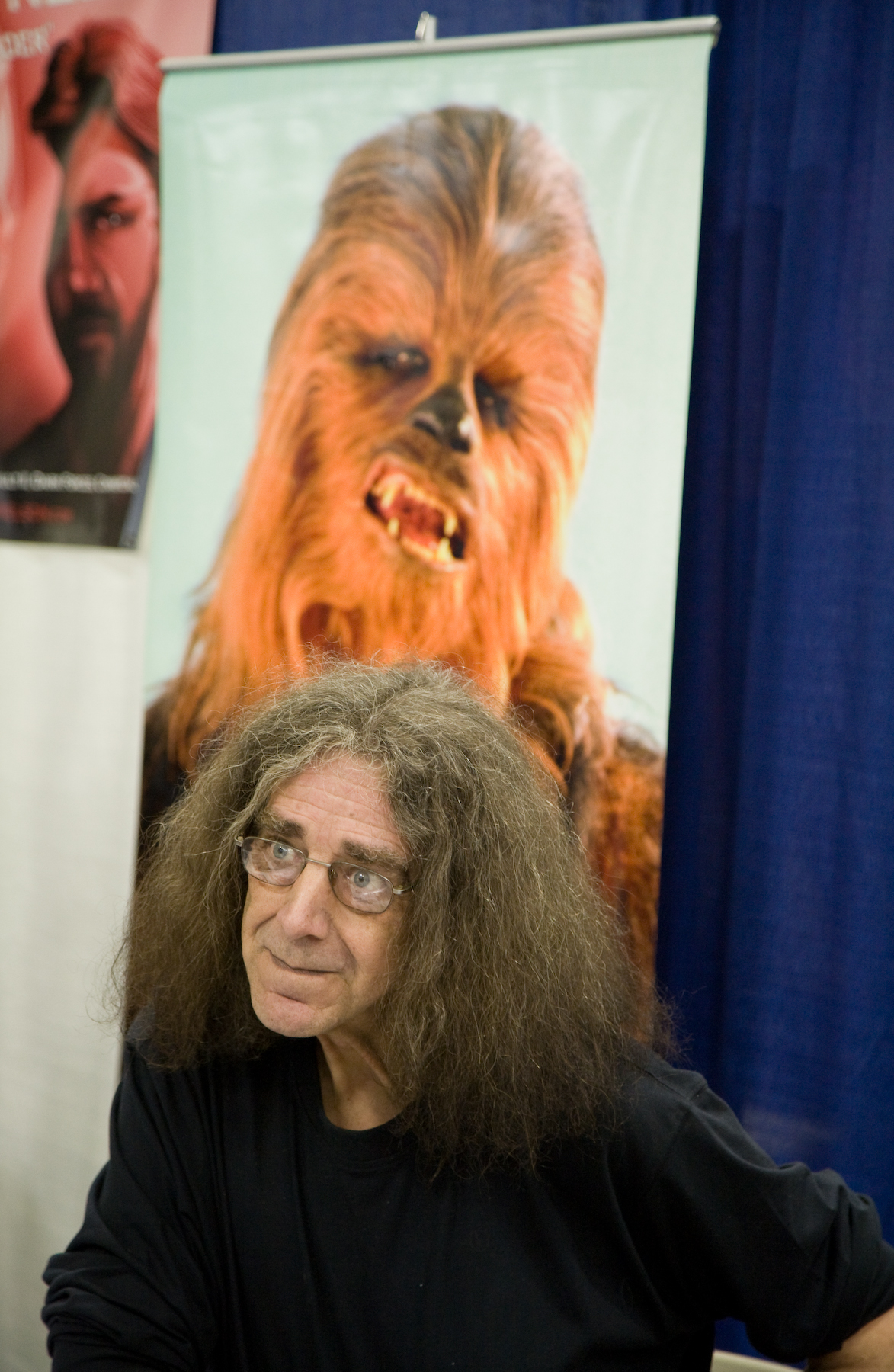 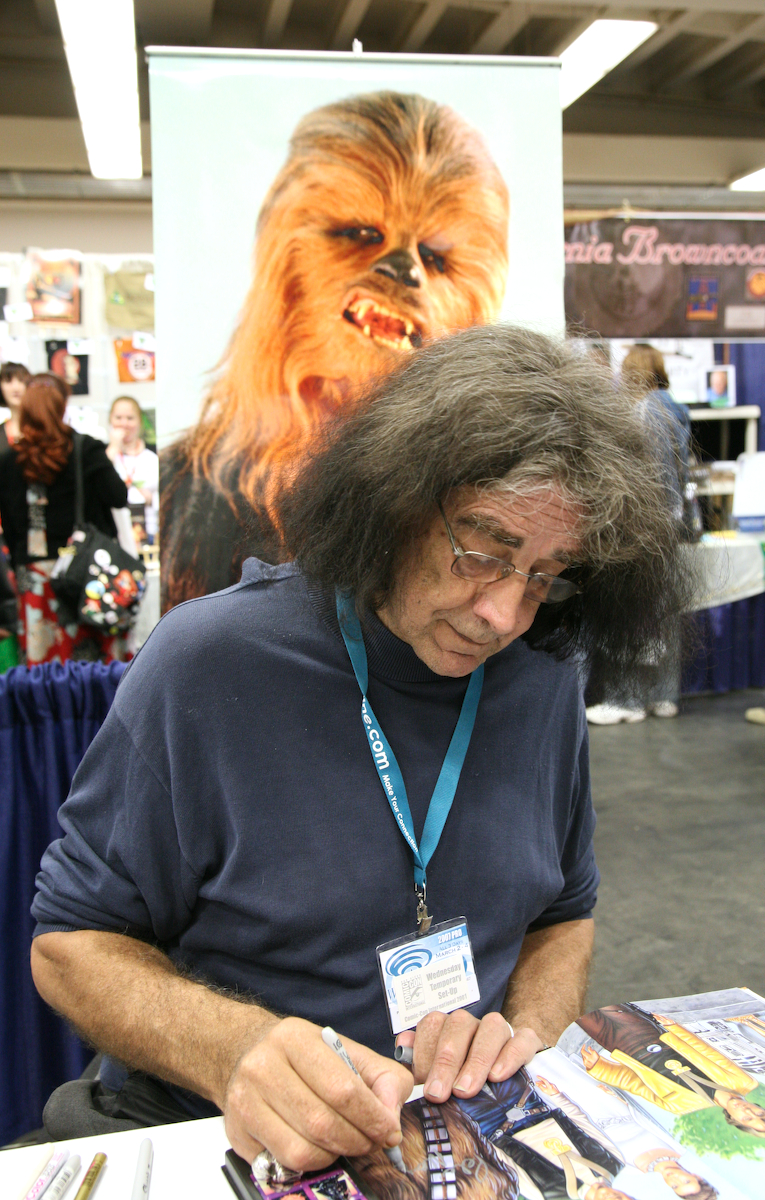 Rest in Peace big man. May the Force be with you.