A wonderfully compassionate 75 year old man named Terry Lauerman came into the Safe Haven Shelter/Cat Cafe in Green Bay, Wisconsin one day and offered to volunteer with the special needs cats whom the shelter serves. Terry’s job is to brush each of the cats so their coats are nice, unmatted and clean. Once he’s done for the day, Terry sets down his brush and closes his eyes for a few minutes. Before long, any one of the sweet cats roaming around the cafe is more than happy settle in close to “Cat Grandpa Terry” while he takes his nap.

We are so lucky to have a human like Terry. Terry just came along one day and introduced himself. He said he’d like to brush cats. Eventually it became everyday. He brushes all of the cats, and can tell you about all of their likes and dislikes. He also accidentally falls asleep most days. We don’t mind – Cats need this! Terry is a wonderful volunteer.

When the shelter originally posted some of these pictures on September 18,2018, they became very popular very quickly. When told about his new found popularity, Terry responded that if every person who liked these photos would donate $5 to the shelter, then they could probably raise a bit of money to help the cats. As it turns out, just in the past week alone, Safe Haven has received a great many generous cash donations, as well as food and supplies donations to help the shelter keep going for another year. 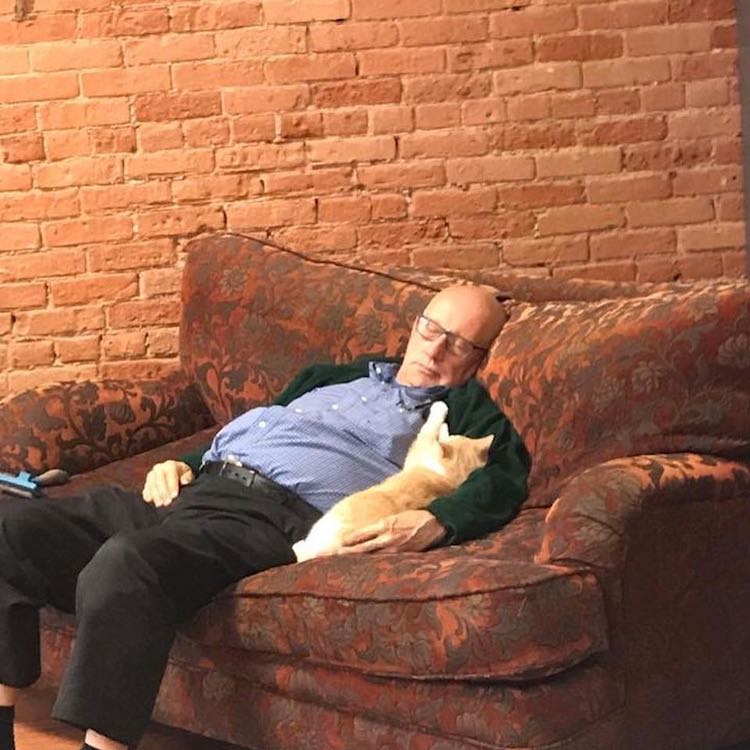 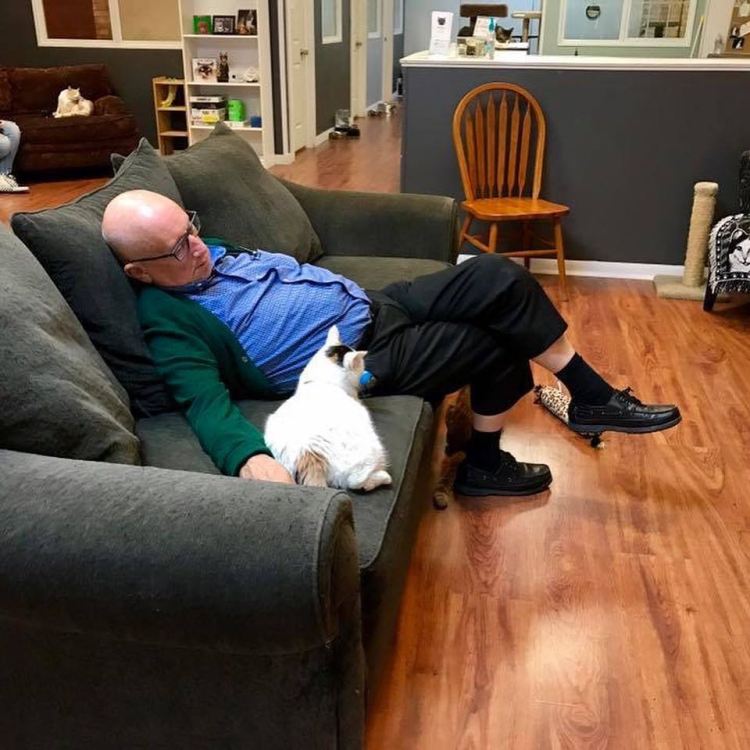 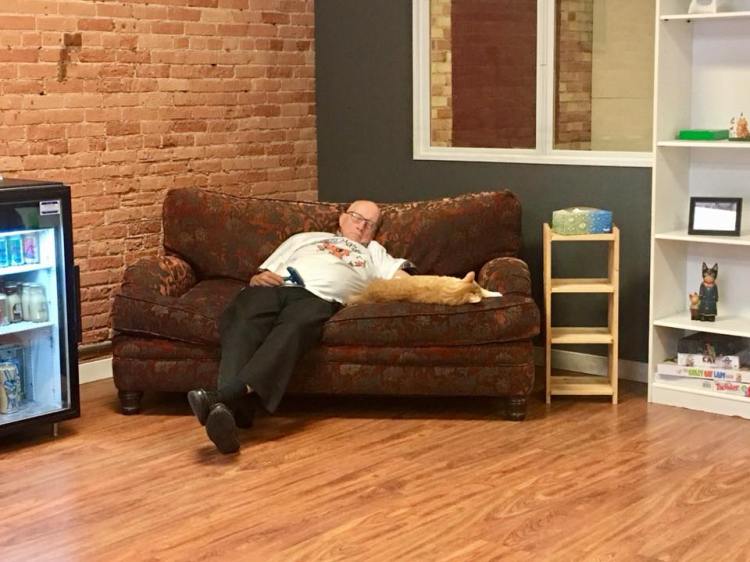