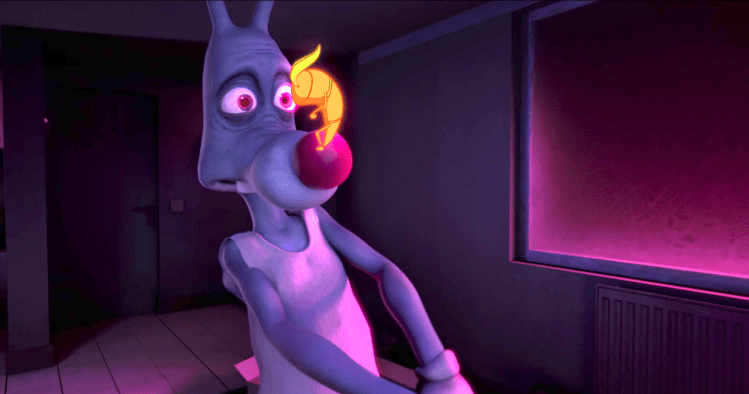 “Afterwork” is a brilliant short film by Luis Usón and Andrés Aguilar that features wonderful animation by Matte CG to tell the story of a frustrated rabbit named Groompy who finds himself in a rut.

He’s the star of a Looney Tunes style cartoon “Groompy and Yummy”, but after his work is done, every day looks exactly the same. It’s only when his on-screen carrot nemesis taunts him in “real life” that Groompy learns that change isn’t always good.

Groompy is a rabbit playing the lead in a popular cartoon series. But after work his life is dull and monotonous. One night the object he so much desires appears in front of him… the carrot from the cartoons.