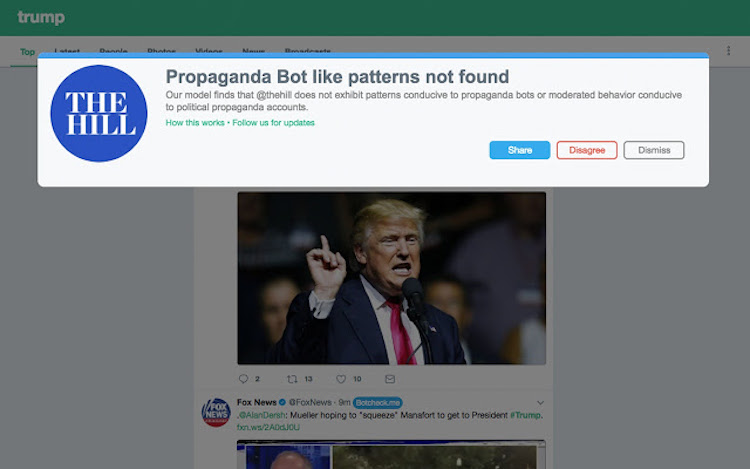 Concerned about the proliferation of manipulated data and propaganda found on twitter, Ash Bhat and Rohan Phadte, a pair of 20 year old UC Berkeley students decided to put their computer science skills to use and created a Google Chrome extension called Botcheck.me. The app interacts with Twitter, giving users a clear option to identify whether or not another user is actually a political propaganda bot.

CBS SF Bay Area spoke with Bhat and Phadte to learn more about this project.