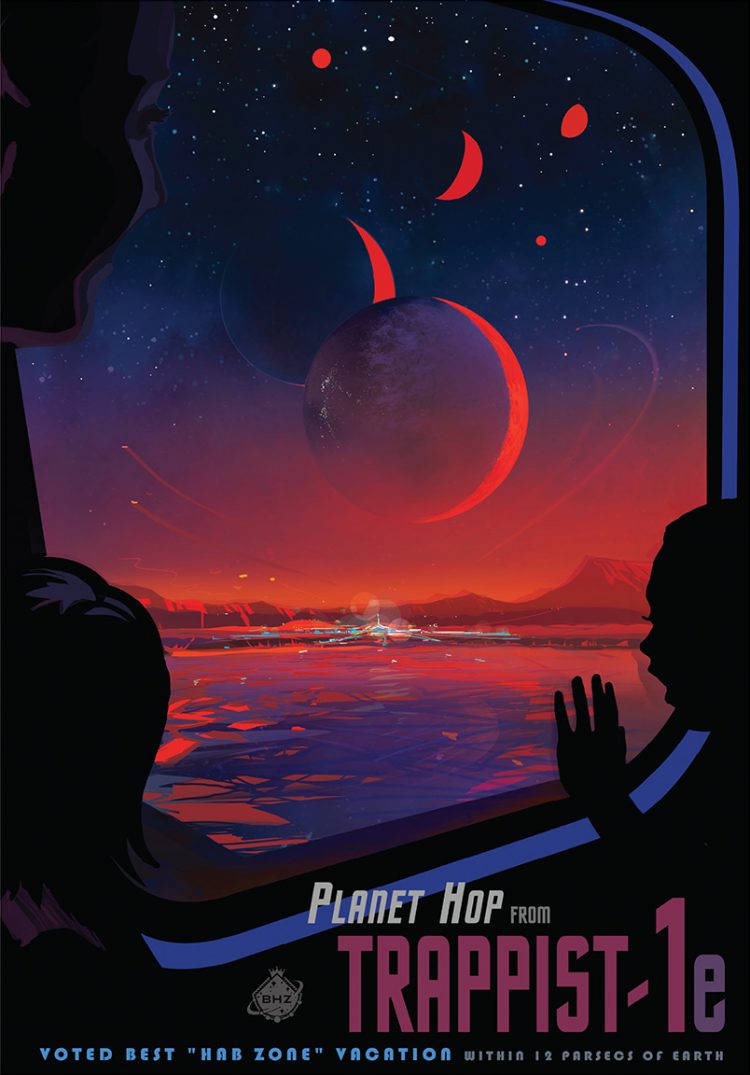 NASA has released a beautiful travel poster that encourages vacationers to visit the newly discovered Earth-like planets of the TRAPPIST-1 system. The planets are likely rocky and could have liquid water, but at 40 light-years from Earth it would be a considerable journey for a vacation.

Some 40 light-years from Earth, a planet called TRAPPIST-1e offers a heart-stopping view: brilliant objects in a red sky, looming like larger and smaller versions of our own moon. But these are no moons. They are other Earth-sized planets in a spectacular planetary system outside our own. These seven rocky worlds huddle around their small, dim, red star, like a family around a campfire. Any of them could harbor liquid water, but the planet shown here, fourth from the TRAPPIST-1 star, is in the habitable zone, the area around the star where liquid water is most likely to be detected. This system was revealed by the TRansiting Planets and PlanetIsmals Small Telescope (TRAPPIST) and NASA’s Spitzer Space Telescope. The planets are also excellent targets for NASA’s James Webb Space Telescope. Take a planet-hopping excursion through the TRAPPIST-1 system.