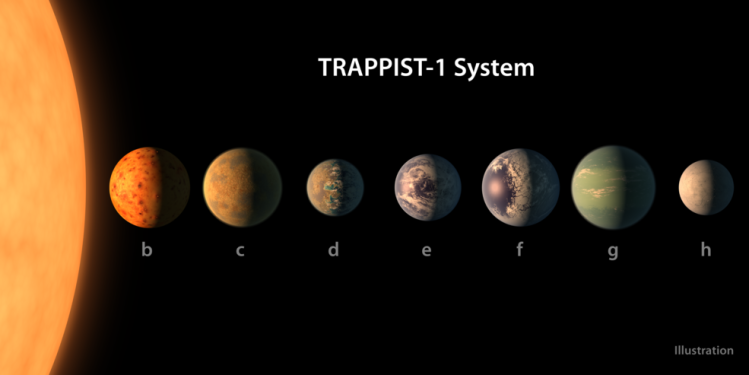 NASA has announced the discovery of seven potentially habitable Earth-size exoplanets around the ultra-cool red dwarf TRAPPIST-1, the most ever discovered around a single star. Three of the planets fall within the star’s habitable zone but the other four could also have liquid water given the right conditions.

Based on their densities, all of the TRAPPIST-1 planets are likely to be rocky. Further observations will not only help determine whether they are rich in water, but also possibly reveal whether any could have liquid water on their surfaces. The mass of the seventh and farthest exoplanet has not yet been estimated – scientists believe it could be an icy, “snowball-like” world, but further observations are needed.

The discovery was made using the Spitzer Space Telescope and several ground-based telescopes, and the TRAPPIST-1 system will likely be further studied by the James Webb Space Telescope when it is launched in 2018. TRAPPIST-1 is approximately 40 light-years from Earth, so scientists face challenges studying it and humans currently have no way of reaching the newly-discovered exoplanets.

To give earthlings a sense of what life might be like on one of these exoplanets, NASA’s Jet Propulsion Laboratory created a 360° video simulation of the surface of TRAPPIST-1d based on all the available information about the planet. 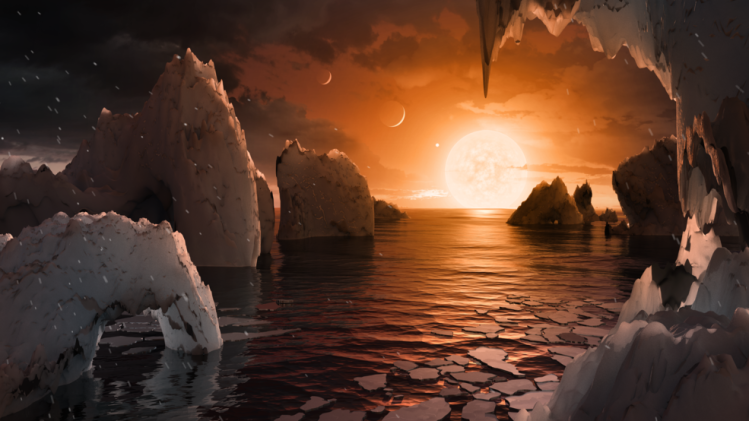