Inspired by the Apollo lunar landers, boatbuilder Kurt Hughes of Multihull Designs decided to design one for himself as a tiny home that he built in the backyard of his Seattle home. Using boat design tactics, Hughes made his new vacation home ultra-light and extremely portable. The 250 square foot, fireproof replication currently sits somewhere on the banks of the Columbia River in Washington.

Puzzled by the design of the Apollo lunar landers, catamaran-designer Kurt Hughes decided to build one, both as proof of concept and as a very personal vacation home on the banks of the Columbia River. 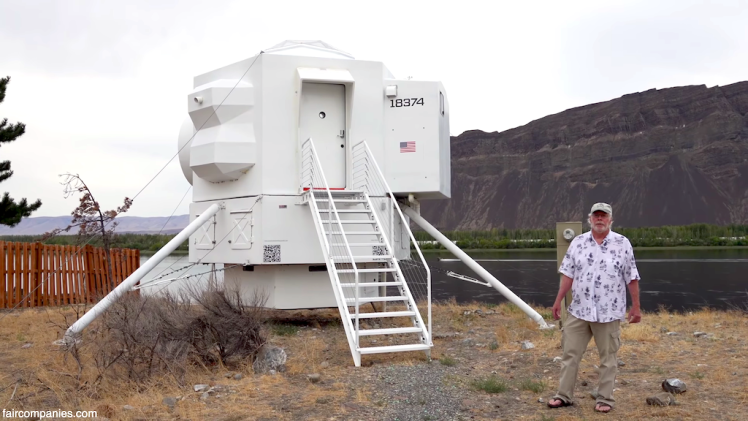 Hughes told Kirsten Dirksen of Fair Companies that he’d like to make his original plans available to the public for replication.

Hughes believes his ultra-light tiny home – the 250-square-foot structure weighs just 3,000 pounds – can, and should, be replicated, especially for those building tiny homes on wheels where weight is paramount. He’s working on a manual to show others how to create their own SIP panels.