Anderson Pooper, an adorable dachshund who sports a shiny set of wheels to help her get around, competed in the Star 101.5FM 18th Annual Wiener Dog races at Emerald Downs on July 13th. While Anderson didn’t win the race, she did win a lot of hearts as she crossed the finish line, an event documented by her very proud human Dave Sizer.

Donations to Animals With Disabilities, Anderson Pooper’s non-profit can be made online via PayPal .

Here’s the race from Anderson’s point-of-view.

Paralyzed dachshund Anderson Pooper excites the crowd with a win in her first heat of the 2014 Dachshunds on Parade Weinerdog Races in Ellensburg, Washington. She has a #GoPro camera mounted to her wheel cart. 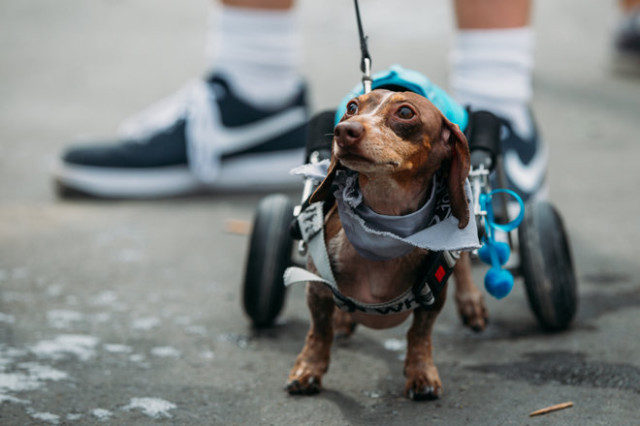