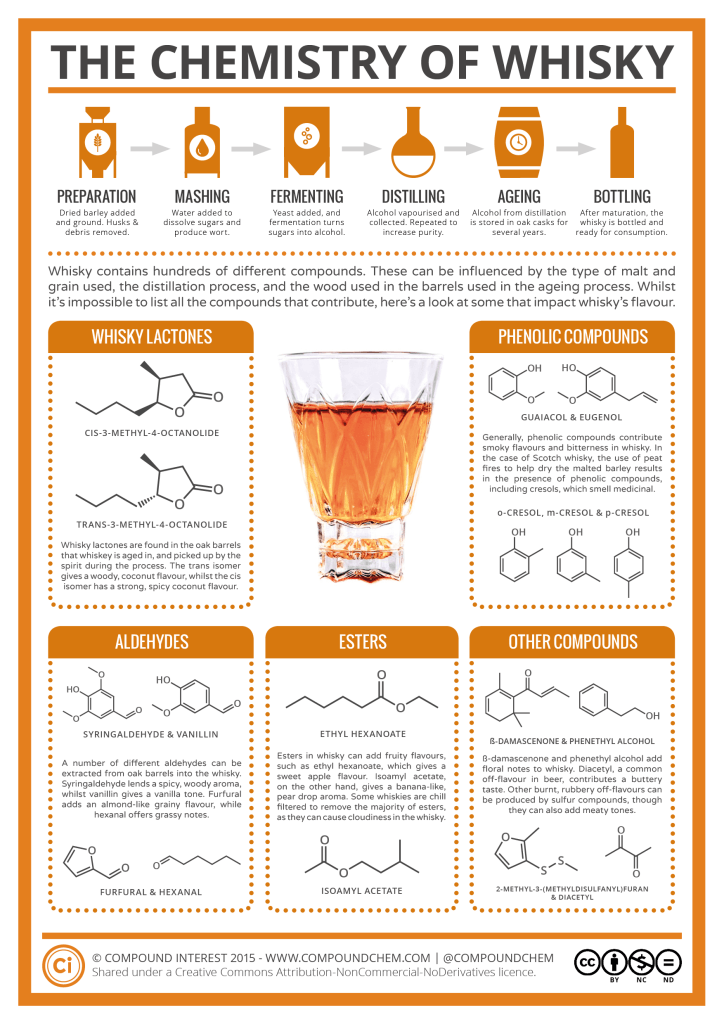 Compound Interest has created an interesting and informative graphic that explains the chemistry involved in the crafting of different types of whisky and the various compounds and esters that result from the fermenting process, phenols from the distilling process, and the whisky lactones that develop during the ageing processes.

A large number of compounds get into the whisky during the ageing process. Amongst these are two compounds that have actually taken on whisky’s name: the whisky lactones. These are, in fact, just isomers of each other, and chemically are named cis- and trans-3-methyl-4-octanolide. Both of these isomers originate from the oak barrels in which the whisky is aged, and both offer a coconut flavour. The cis isomer is the dominant of the two, and has a stronger, spicier flavour.