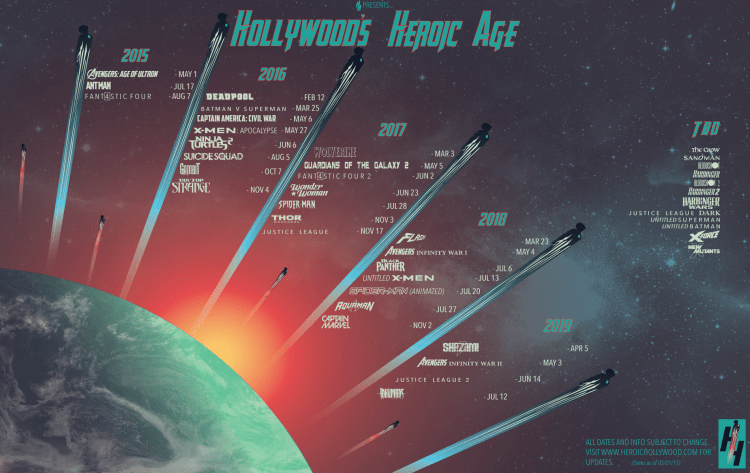 Heroic Hollywood‘s head designer Mark Alvarado has created an informative graphic calendar that allows fans to easily determine when each of the 41 upcoming superhero films are coming out over the next five years.

As I said earlier this morning in my opening piece, there are forty one superhero movies in the works at various studios due to be released over the next five years. Twenty nine with official release dates, and another twelve in development. The calendar contains the Marvel, DC, Valiant, and independent superhero movies. We wanted to be inclusive because Fox, Paramount, & Lionsgate also have superhero movies on the horizon as well.