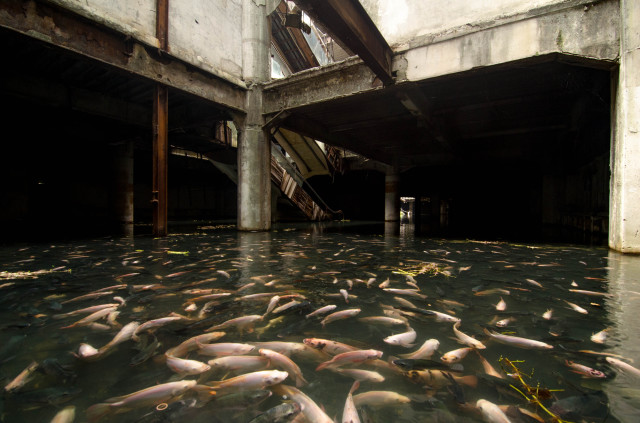 Photographer Jesse Rockwell visited the abandoned New World mall while traveling in Thailand last year. New World mall is a flooded shopping center in old town Bangkok that is filled with a massive population of fish. According to Rockwell, the mall burned in 1999 and was abandoned. Because it has no roof, the basement is flooded year round by several feet of water. In the early 2000s, somebody introduced koi and catfish in the basement and they have been thriving in their urban habitat ever since. 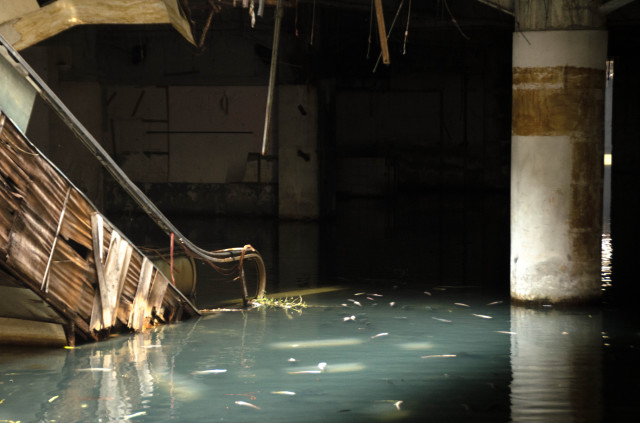 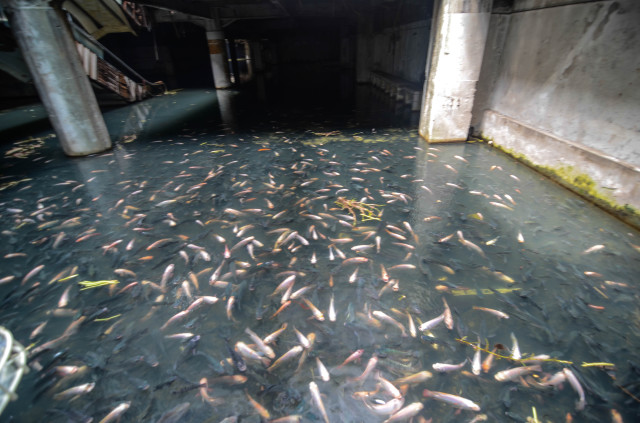 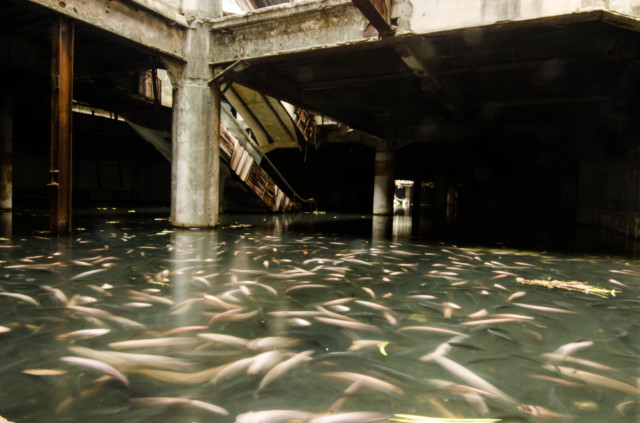