After noticing that his beautiful dog Sparky had been snacking out of the cat’s litter box (aka the “stinky cheese shop”), the wonderfully quirky food guru Alton Brown, decided to take matters into his own hands and created a treat that was as stinky as cat feces, but far, far more healthy.

wasn’t interested in coming up with a chewy bar-like substance but rather a biscuit, something that would keep, and be hard enough to provide some dentrificios benefits and no I don’t think that’s a word but it works for me. Continuing my research, I decided the bulk of these stinky treats would be sweet potato, and rolled oats, both of which are considered quite good for hounds, the first for fiber and beta carotene, manganese, and vitamins C and B6, the second for soluble fiber which slows things down in the old GI tract which is good for regularity and nobody, and I mean nobody, wants an irregular dog. I wanted the stink to be an add- on…icing if you will and I actually did try to make an icing out of natto, fermented soy beans, Durian, even lutafisk, what we found really really worked for us is: fish sauce. Used in many South Asian cuisines, this is essentially the liquidous remains of stacking fish, typically anchovies in a barrel with some salt and leaving them for a year or more 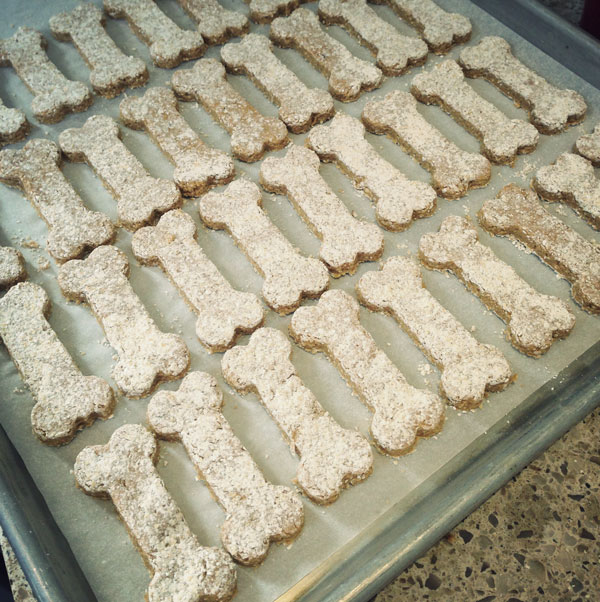