In the short film “Albatross Soup” by Winnie Cheung, which features psychedelic animation by Fiona Smyth, 50 different people are given a riddle to solve about a man who gets off a boat, walks into a restaurant, orders albatross soup and then kills himself after the first spoonful. The chorus of voices asks questions of a singular authority who responds yes or no. After a series receiving affirmative responses to their questions, the group figures out why this man did what he did. 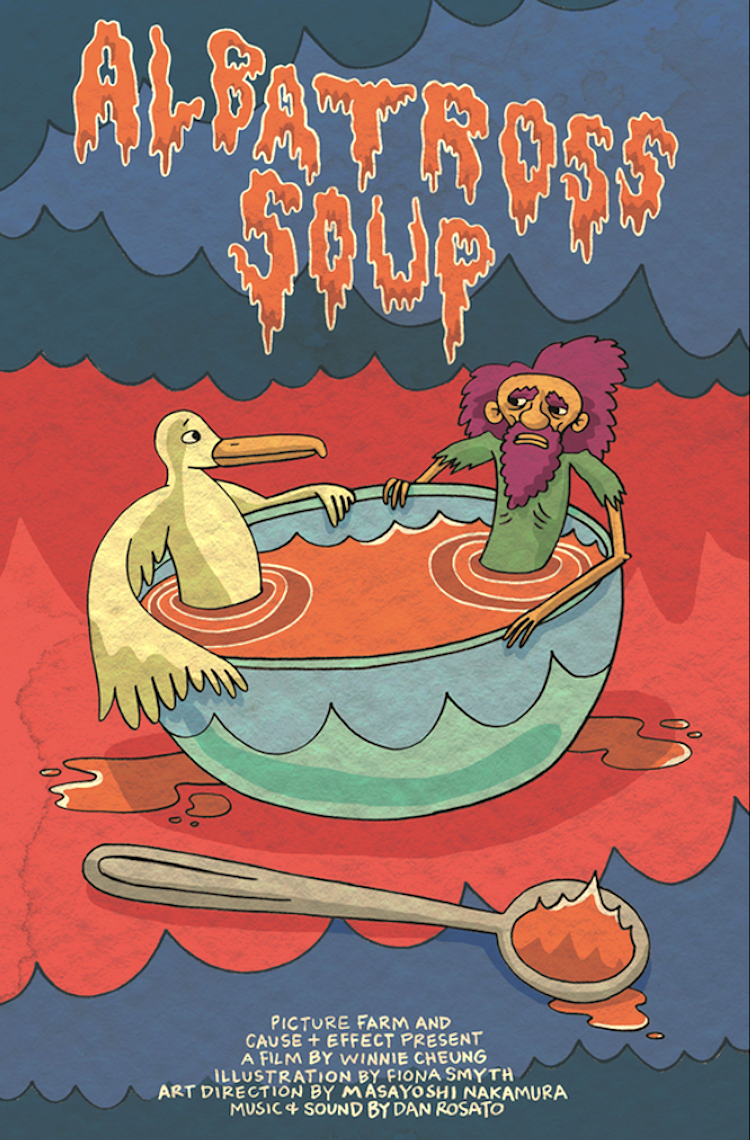 Vimeo curator Meghan Oretsky sat down with Cheung to talk about the riddle and the film. Cheung explained that the riddle came from a friend who was studying neuroscience at UCLA and when he told it to her, she knew exactly what to do.

That’s kind of the magic behind the riddle and the film. I knew that I had the right ingredients to make a fun animated film from both a narrative and technique perspective, but I didn’t really know what the process was going to be like. Like the riddle, I had to figure it out as I went along.

via The Vimeo Blog