King Leo, a beautiful but obese Maine Coon cat, was found abandoned in early August, trapped in his carrier on the side of a road in Nashville, Tennessee. Now rescued, King Leo is currently undergoing a weight loss program with his newly adopted human, vet tech LaTisha Lampley.

The ten-year-old cat was taken to Metro Animal Care and Control and then transported to Cat Shoppe Rescue where he received care. Owner and veterinary technician LaTisha Lampley, 34, adopted King Leo after caring for him at Animalia Health and Wellness. King Leo had over 2lbs of fur shaved off of him, and is undergoing water treadmill sessions to build strength and lose weight. LaTisha and her family are monitoring his caloric intake and incorporating playtime exercises in their home in Spring Hill, Tennessee.

When Leo was found he weighed over 30 pounds including his terribly matted fur, which has since been removed. 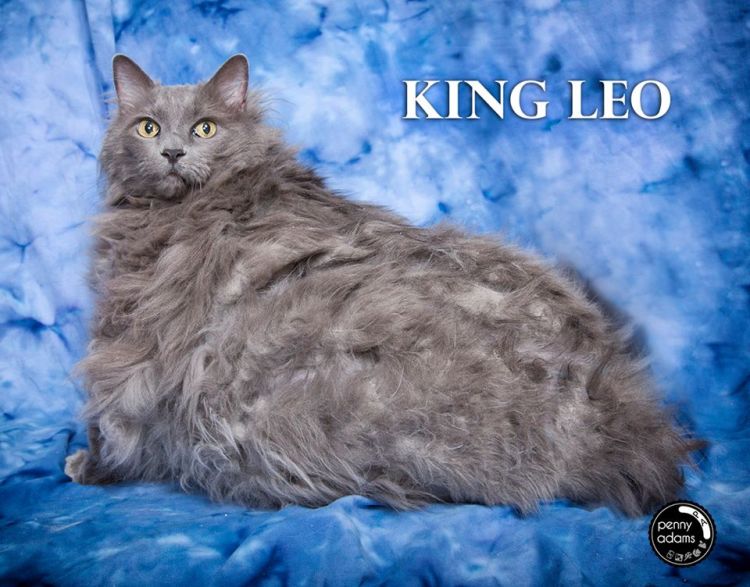 King Leo at 28 pounds after being shaved. 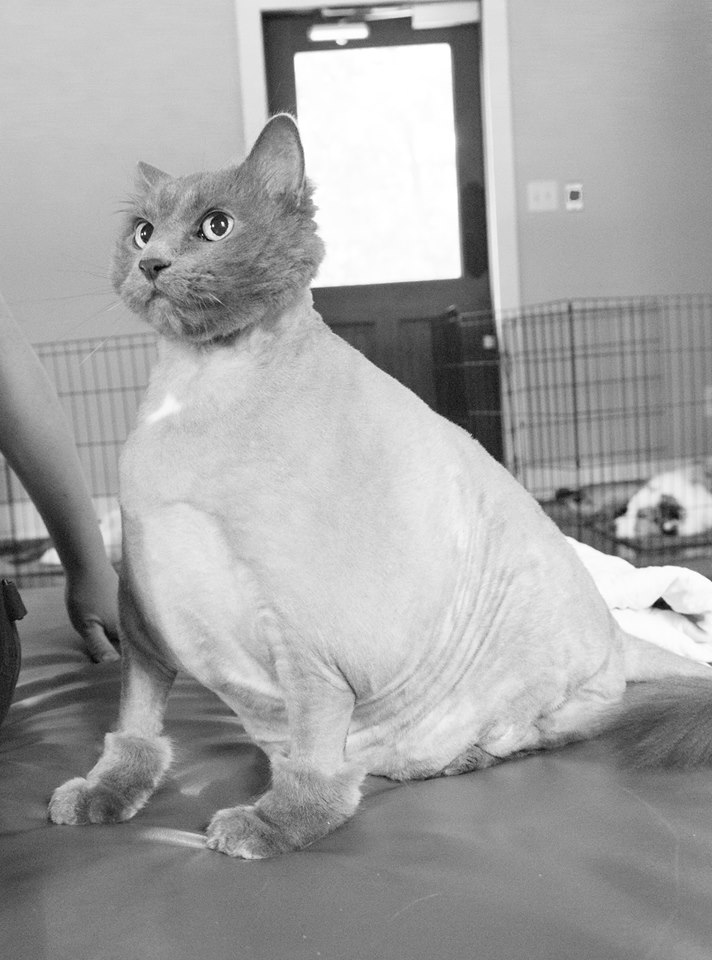 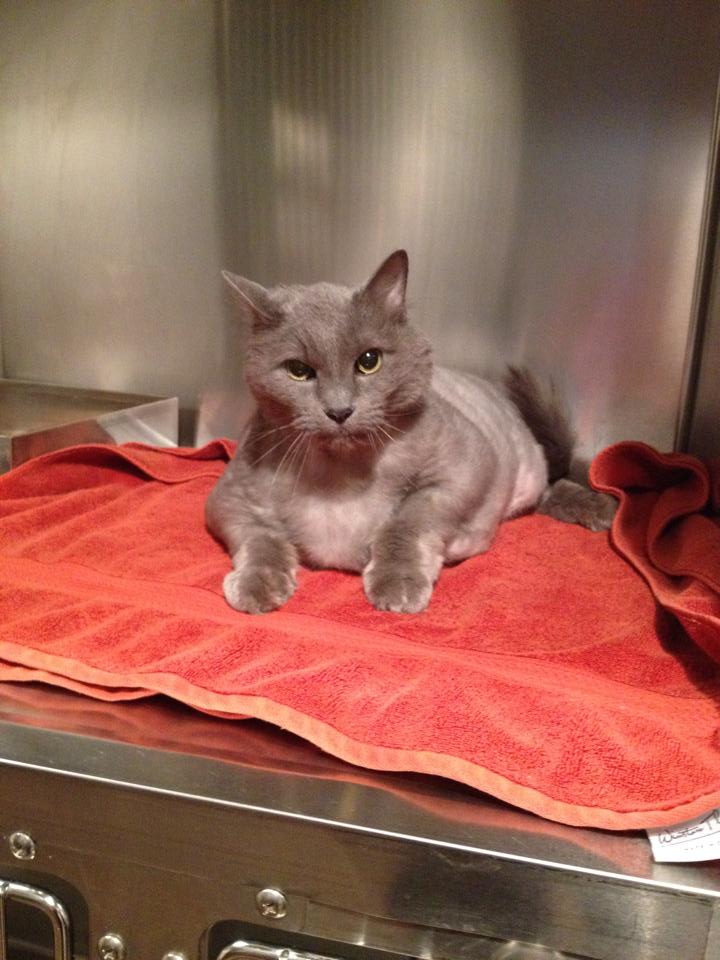 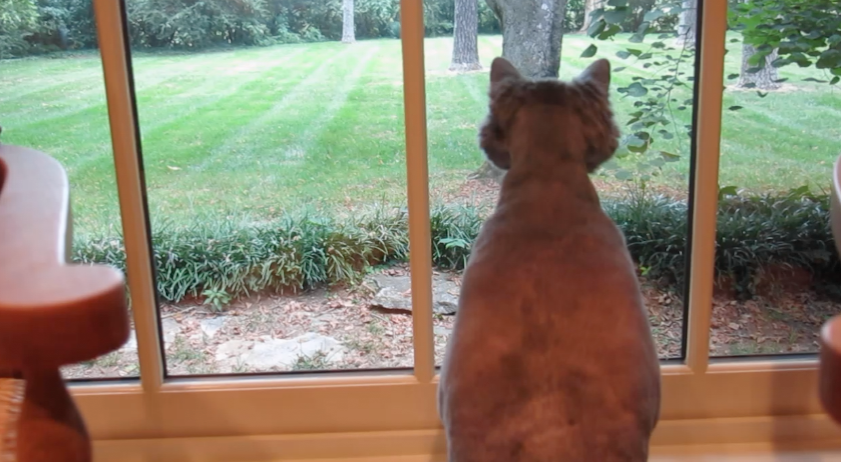 Donations to King Leo’s care can be made via The Cat Shoppe & Dog Store.