Noah’s Ark Animal Rescue in Locust Grove, Georgia is a seemingly magical place. The sanctuary is not only home to a great number of different animals who were abused, abandoned and/or in need of rehabilitation, it is a safe and nurturing environment for an unlikely friendship between a lion, a tiger and a bear to thrive after very, very rough beginnings.

The BLT (bear, lion and tiger) came to Noah’s Ark in 2001. Baloo, a North American Black Bear, Leo an African Lion and Shere Hkhan a Bengal Tiger, were discovered in an Atlanta home’s basement by police officers during a drug raid. At only a few months old, all three cubs were frightened, malnourished and infected with internal and external parasites when they were brought to Noah’s Ark by the Georgia Department of Natural Resources…They eat, sleep and play together and even seek out grooming from one another, head rubbing and licking one another. It seems that their terrifying early months in life bonded the three together and they are truly inseparable. 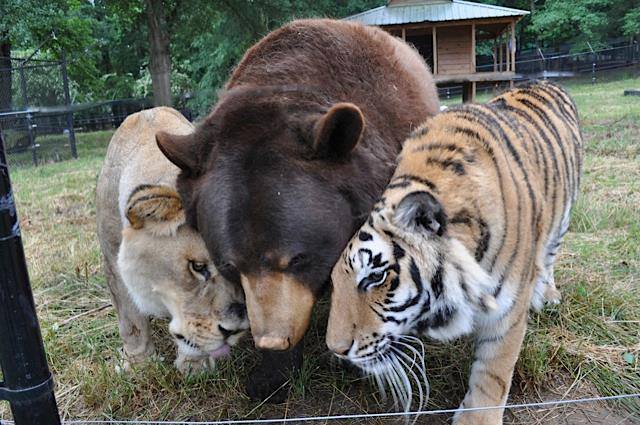 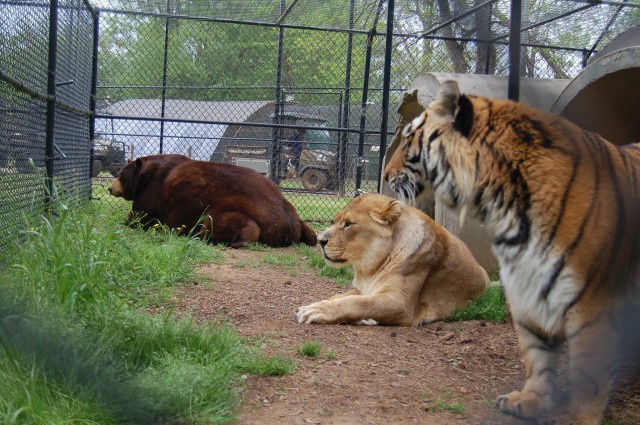 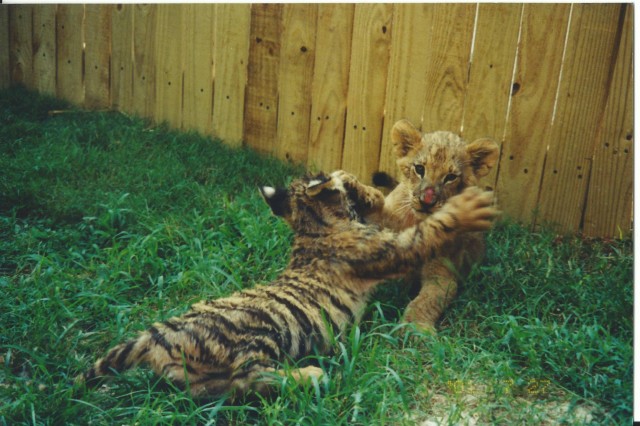 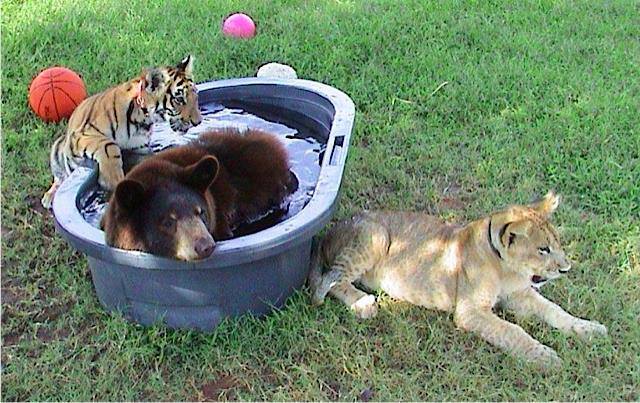 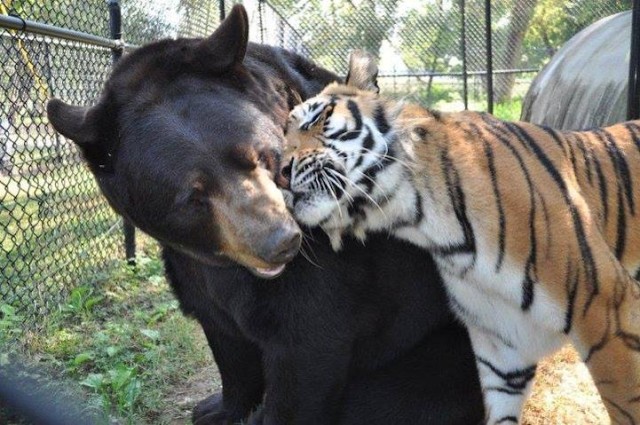 via Twisted Sifter, My Modern Met