In response to the adage that “using the handrails on the subway is like shaking hands with 100 people”, typographer, illustrator and artist Craig Ward, whose work often involves microscopes, conducted an artistic experiment entitled “Subvisual Subway“. In the experiment Ward gathered samples of bacteria from subway poles, cultured each sample to see the resulting individual “portraits” and photographed the less creepy ones.

You could probably safely identify around a dozen or so different kinds of bacteria. Anything else would probably have needed to be isolated and sent to a lab and tested properly I think probably two-thirds of what we found was deemed natural flora which is present on everybody’s hands. We did find some creepier stuff salmonella in small quantities, E. coli, staph, strep. I think the images are portraits albeit very unconventional ones and certainly not in the traditional sense. They’re very much a snapshot of the people of New York and commuters. 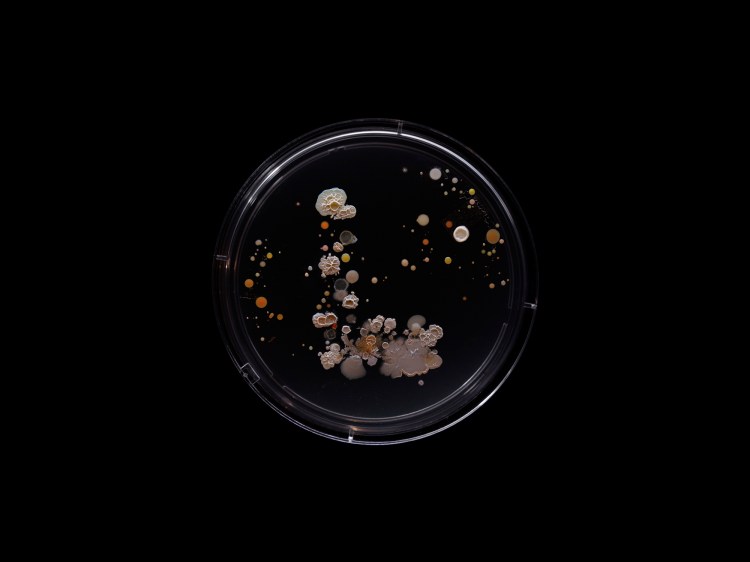 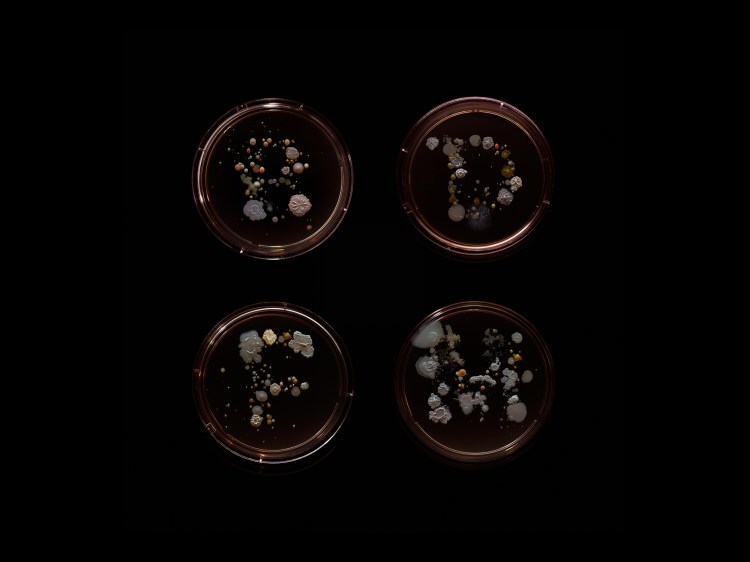 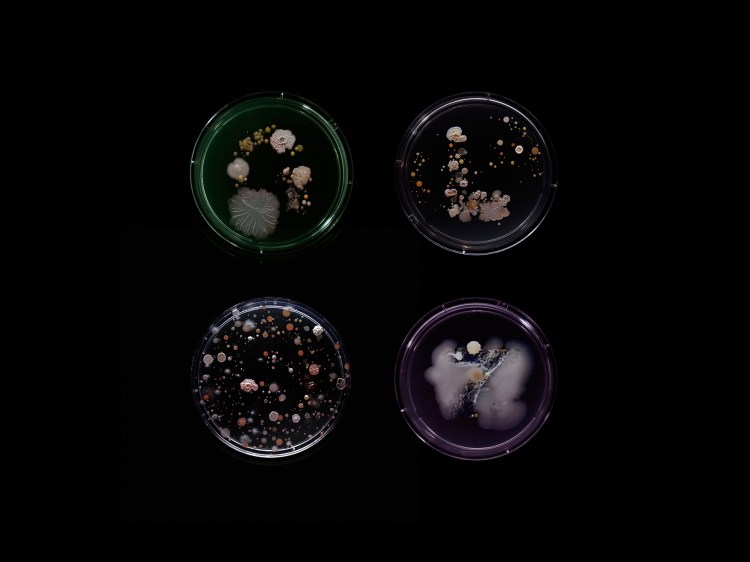