Actor John Malkovich, inspired by the amount of time it takes for a bottle of LOUIS XIII Cognac to mature, wrote and starred in 100 Years – The Movie You Will Never See. The Robert Rodriguez directed film tries to envision what 100 years in the future will look like using three different scenarios – Ultra Urbanization, Nature and Retro. The entire film will not be released until 2115.

100 Years – The Movie You Will Never See” is an exclusive original film starring John Malkovich and directed by Robert Rodriguez. It envisions Earth one hundred years from now and will not be released in its entirety until 2115. The movie was inspired by the legacy of craftsmanship and time it takes to create LOUIS XIII Cognac, which is one of the most luxurious spirits in the world. LOUIS XIII is ‘One century in a bottle’ : each decanter takes four generations of cellar masters over 100 years to craft.

What if space exploration and technology have accelerated urbanization like never before? In 2115, technology takes a new form.

What if Earth were an unrecognizable urban jungle? In 2115, nature has taken over.

What if Humanoid robots have become the dominant species on Earth? In 2115 human civilization has been replaced by humanoid civilization. 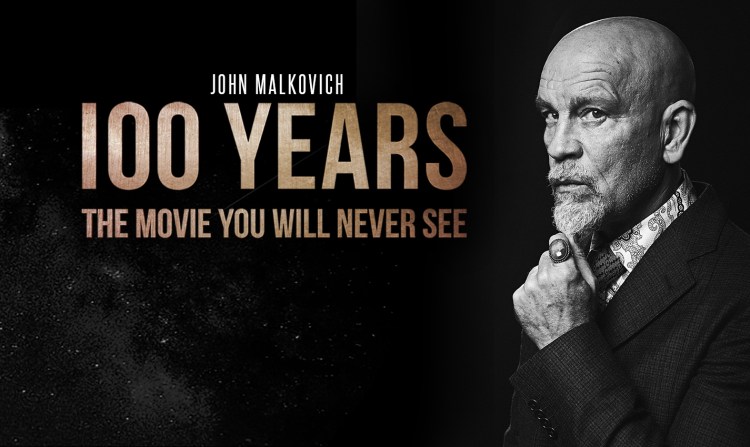