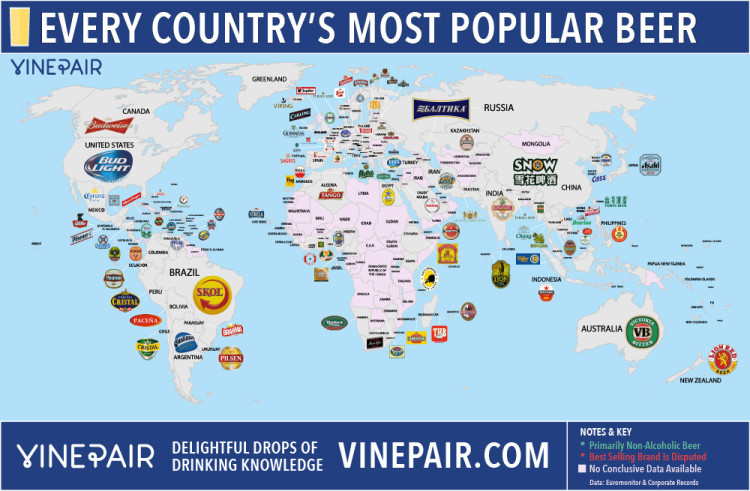 Our curiosity piqued, we set out to find every country in the world’s most popular beer. The map below brings together dozens of sources, from research reports to corporate filings, to reveal the most popular beers in over 100 countries. As you can see, the beer brands of the world are as diverse as our planet itself — though a handful of massive multinational brewers own a staggering number of these brands, which we’ll be exploring in the future.