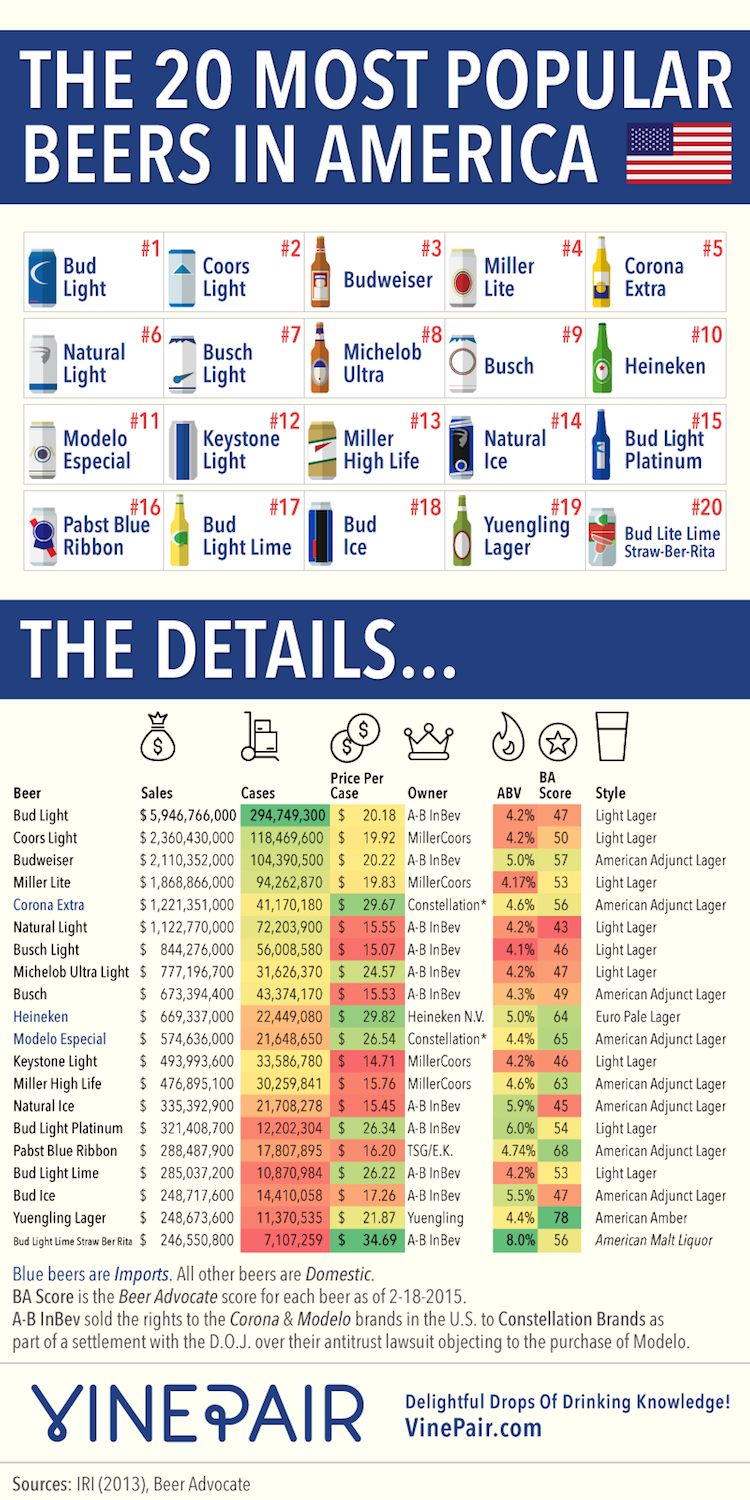 VinePair (previously) has created “The 20 Most Popular Beers in America,” a colorful infographic that plots the United States’ “favorite” beers in order of popularity, as determined by annual sales.

Big Beer is a big business in America. Total annual sales stand around $100 billion. Craft Beers, as defined by the Brewer’s Association, are booming, yet still only account for around 15% of the beer sold in America. On a volume basis, craft beer’s share of the market is about half of that, due to its premium pricing. So what’s America drinking? A whole lot of light beer, most of which is made by a handful of monstrous macro brewers. America’s most popular beer is Bud Light – by a couple billion dollars. Yes, Bud Light’s U.S. sales alone would lodge it firmly within the Fortune 500.