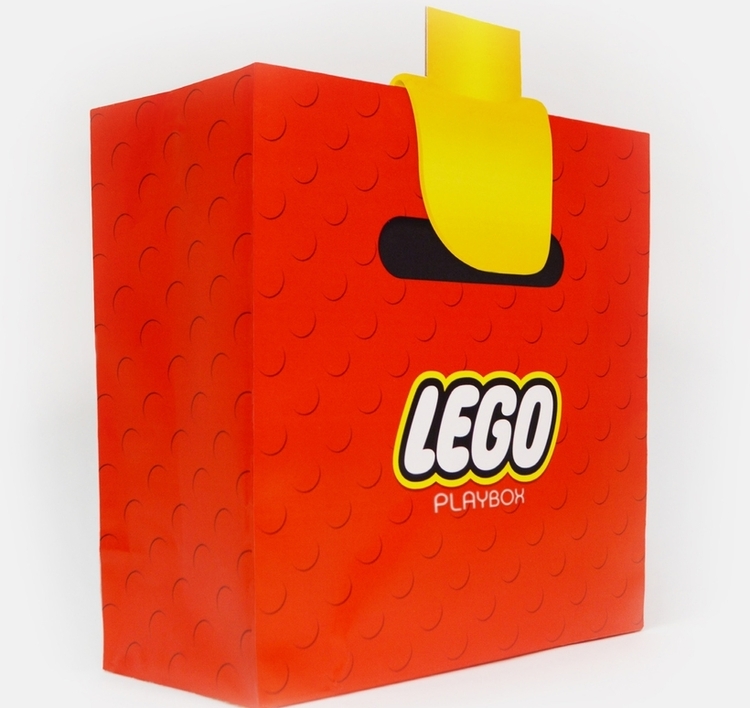 Evan Choi and Junho Lee, two very talented design students at the School of Visual Arts in New York City have come up with a brilliantly designed shopping bag with clever handles that temporarily disguise human hands for the pairs iconically sported by LEGO figurines.

Brand – The LEGO Playbox is a toolkit used by the store employees to foster engagement with shoppers and children. It was launched in April 2015 in all European stores and currently operates in four North American stores as a test. 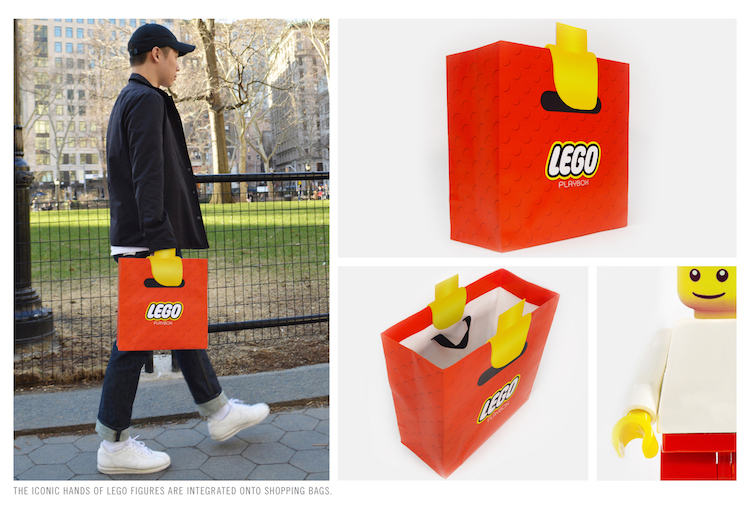