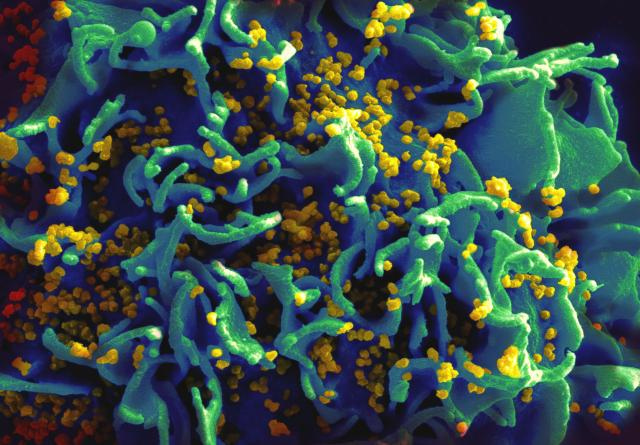 Following the news that a child had been “functionally cured” of HIV, a new study from the Pasteur Institute’s unit for regulation of retroviral infections in Paris shows that even some adults can be similarly cured if treatment is started early enough. Out of 70 adults who were treated between 35 days and 10 weeks after being infected — much earlier than most receive treatment — 14 went off medication without a relapse. Researcher Asier Sáez-Cirión says the key is treating the disease early, because “it limits the reservoir of HIV that can persist, limits the diversity of the virus and preserves the immune response to the virus that keeps it in check.” The 14 adults in the study still have traces of the virus in their blood, but at low enough levels that their immune systems can keep it in check without medication.

image via National Institutes of Health