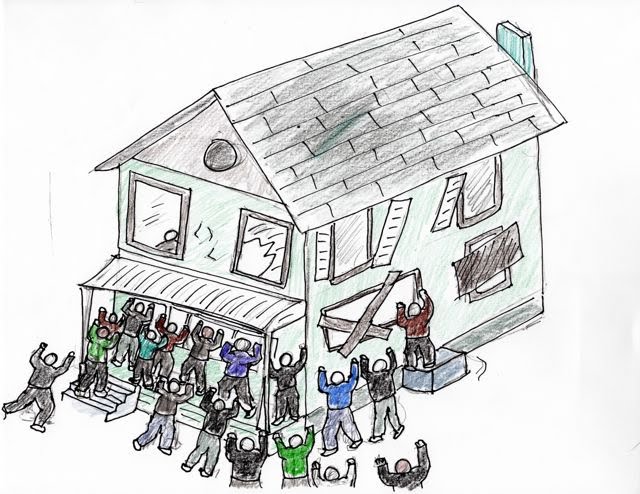 You can help bring a real zombie apocalypse to Detroit, Michigan. The creation of Z World Detroit is an idea that may just be an alternate solution to essentially having to abandon some of Detroit’s neighborhoods.

The Z World Detroit initiative is a radical rethinking of urban redevelopment and Detroit’s well-documented blight and de-population. It turns perceived liabilities into assets that will bring a renewed vitality to a struggling neighborhood. When done right, Z World Detroit would be transformative for part of the city, it would create jobs for Detroiters and become a legitimate destination.

While zombies are great, the real neat thing about this project is the potential to inject some life into a forgotten neighborhood – with the opportunity to work with neighborhood groups and organization. In short, Z World Detroit would become part of the neighborhood, the center of the neighborhood, rather than something sitting outside the neighborhood. A big inspiration for this effort is Detroit’s Heidelberg Project, where an artist transformed an east-side street into a massive art installation. This has has a profound effect on that neighborhood and made it a destination.