YouTube has announced the new service YouTube TV that will allow users to watch live television from ABC, CBS, FOX, NBC, ESPN, and many other channels on any screen or device. For $35 per month, users will get six accounts that each come with customized recommendations and access to an unlimited cloud DVR.

The service is launching soon in the largest markets in the United States before expanding to a wider audience. Interested users can sign up to be notified when the service is available in their area.

There’s no question that people love TV, from live sports to breaking news to sitcoms and dramas. But the truth is, there are a lot of limitations in how to watch TV today. Unlike online video, people can’t watch TV when they want, on any screen and on their terms, without commitments. Consumers have made it clear that they want live TV without all the hassle. They don’t want to worry about their DVR filling up. They don’t want to miss a great game or their favorite show because they’re on the go. They tell us they want TV to be more like YouTube. 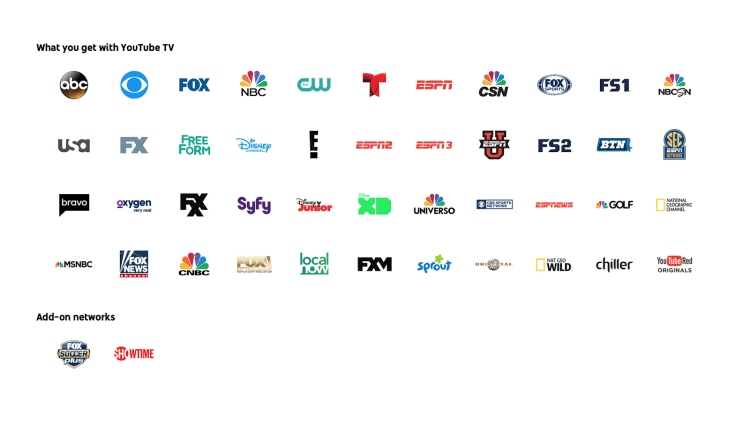