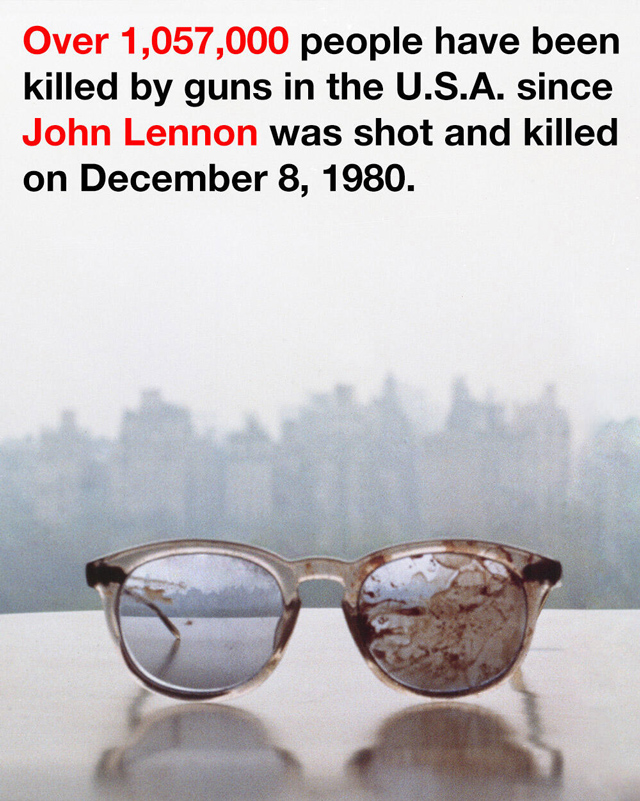 Yesterday was the 44th wedding anniversary of John Lennon and Yoko Ono, and to mark the occasion, Yoko Ono posted a series of Twitter messages about gun violence, accompanied by a photo of the eyeglasses her husband wore the night he was shot and killed. She has also posted an interview held in 1969 during the couple’s honeymoon “bed-in” peace protest. The interview later became part of the couple’s experimental Wedding Album.

The death of a loved one is a hollowing experience. After 33 years our son Sean and I still miss him. Yoko Ono Lennon pic.twitter.com/PYigb2uJKT