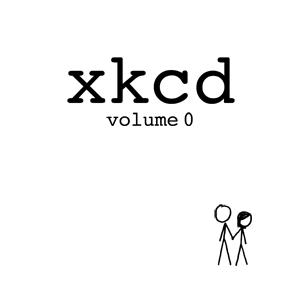 xkcd: volume 0, the first xkcd book has just been published by BreadPig and xkcd creator Randall Munroe will be going on a book tour, making stops in New York on September 19th, San Francisco (111 Minna Gallery) on September 21st (a fundraiser for EFF) and Mountain View on September 22nd.

xkcd: volume 0 is the first xkcd book! It features selections from the first 600 comics, including various author and fan favorites. It was lovingly assembled from high-resolution original scans of the comics (the mouseover text is discreetly included), and features a lot of doodles, notes, and puzzles in the margins. 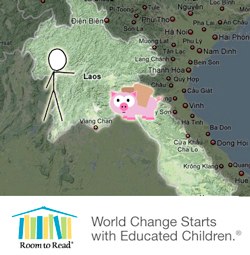 Proceeds from the sale of the xkcd book will go to Room to Read, a San Francisco based non-profit that builds schools and libraries in the developing world.