Joseph Grisamore of Park Rapids, Minnesota set the hair-raising record of the World’s Tallest Mohawk that stands at an astonishing 108.2 centimeters/42.5 inches/3.6 feet according to Guinness World Records. Grisamore had attempted to break the very same record in 2006 but was not successful. With the help of his wife and his mother and hairstylist at Family Hair Affair, Grisamore was able to reach his goal.

After being inspired to try again, he needed to start from scratch due to his hair becoming too dreaded – so Joseph regrew his mane and actually managed to have it reach the length of four feet in just seven years! 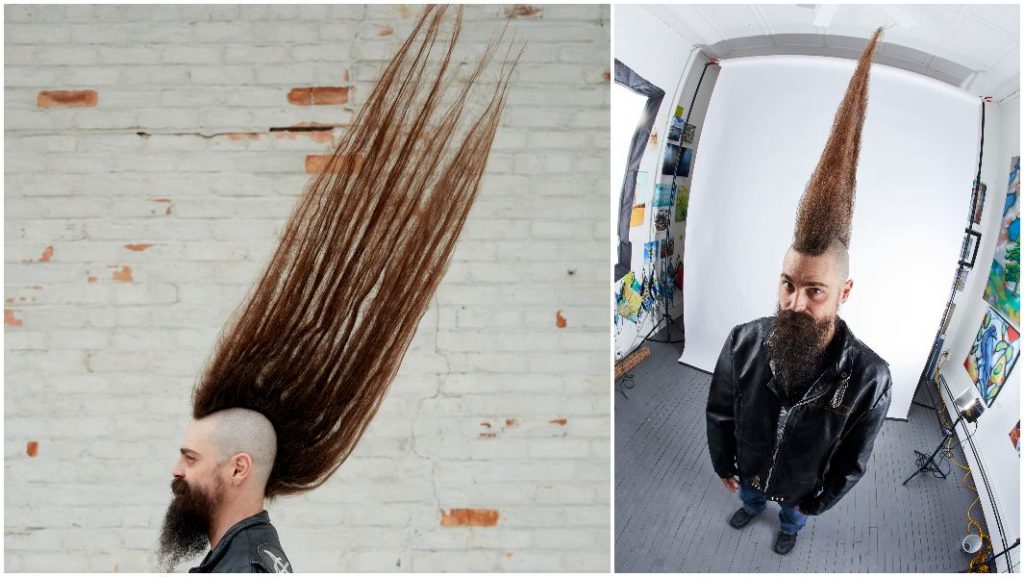 The previous record was held by Eric Hahn of Omaha, Nebraska, who graciously passed the mantle to Grisamore.