The HBO series Boardwalk Empire featured in its first few seasons, an unusual character named Richard Harrow (played by Jack Huston), who wore a sculpted facial prosthetic held in place by glasses and hid the horrific facial injuries he suffered as a soldier in World War I.

This portrayal appears fairly accurate and in accordance with what Vox editor Phil Edwards explains in a fascinating video essay about the history of this very subject. Edwards also highlights how American sculptor Anna Coleman Ladd loaned her talents to the “Masks for Facial Disfigurement” department, who specialized in providing these prosthetics for injured veterans.

It's obvious, but until you see it, it's easy to forget, just like the injuries other people suffered.

A 1918 photograph of Anna Coleman Ladd creating a mask for a soldier in her workshop. 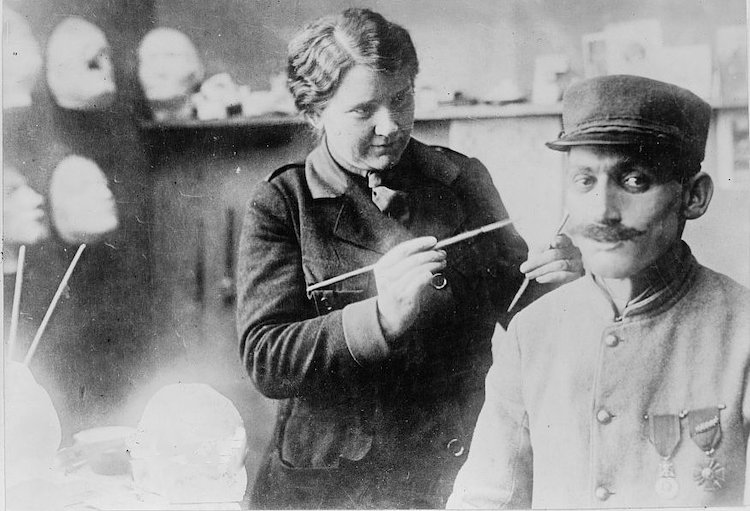