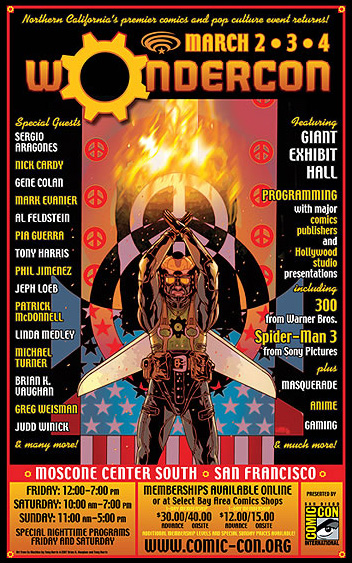 WonderCon storms into Moscone Center South on March 2, 3 and 4 for another three-day history-making event. With an attendance of close to 18,000 in 2006 the Bay Areaâ€™s premier comics convention has quickly become an eagerly awaited yearly event. Like its big sister show to the south, Comic-Con International, WonderCon combines the worlds of comics and pop culture to offer a lively and exciting mix of shopping and stargazing. Hereâ€™s your chance to meet some of your favorite writers and artists and even some Hollywood stars!