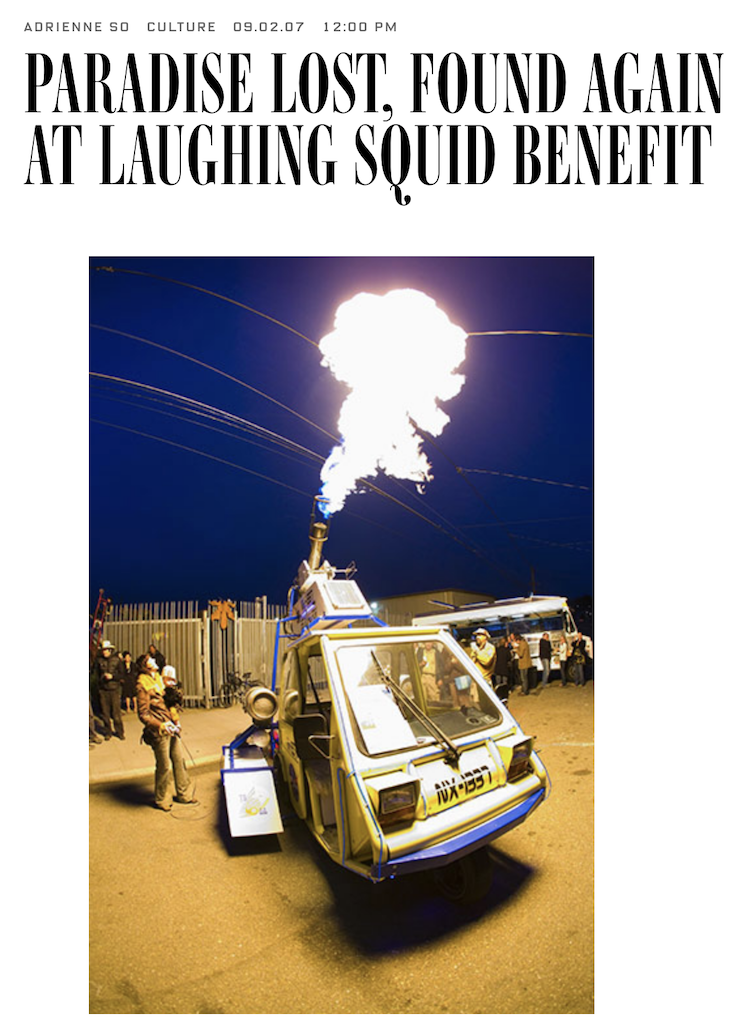 Adrienne So wrote a story about the Laughing Squid Paradise Lost event for Wired.

SAN FRANCISCO — Pith helmets, leopard skins and rampant greenery assaulted our senses as we strolled through the doors of Laughing Squid’s Paradise Lost party Saturday night in the gorgeous Flora Grubb Gardens. After seeking out a Long Island iced tea (purely for charitable reasons, of course — the price of our drinks went to the Black Rock Arts Foundation, which supports community-based interactive art), we took a spin on Cyclecide’s pedal-cranked Ferris wheel. Physics is great. With a single push, our identical weights made it possible to spin at top speeds without even breaking a sweat.

Project:Pimento’s unearthly theremin sounds stalked us through the palm trees throughout the evening, and images from the outdoor Photoboof (a digital photo booth) spangled the ceiling of the dance floor like smiling stars in the sky. In an eerie moment of extrasensory perception, the theremin began playing the Star Trek theme song just as we mentioned the song to a friend! Then we learned a terrible joke (no, you don’t want to hear it; it was pretty bad) from genius and San Francisco mayoral candidate Chicken John, whose performance that evening with Dr. Hal Robins involved ukuleles, a hand-painted tropical backdrop and a lot of nonsense. Good times were had, and the tiki torches were still burning as the chill forced the stragglers home.