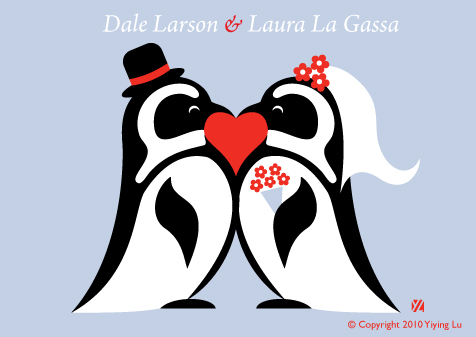 On bended knee, with ring in one hand, iPhone in the other, Dale asked and Laura accepted via Twitter. Hundreds of San Francisco geeks witnessed and cheered at Harry McCracken and Marie Domingo’s “Tech the Halls” party.

We asked our friend Yiying Lu, designer of Twitter’s “Fail Whale”, to create our wedding invitation. Told her we wanted the opposite of a Fail Whale. She calls her illustration “Win Penguins”. We love it, and we thank Yiying and all our friends for their love and support. 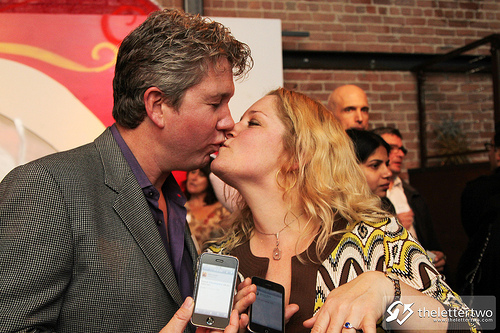