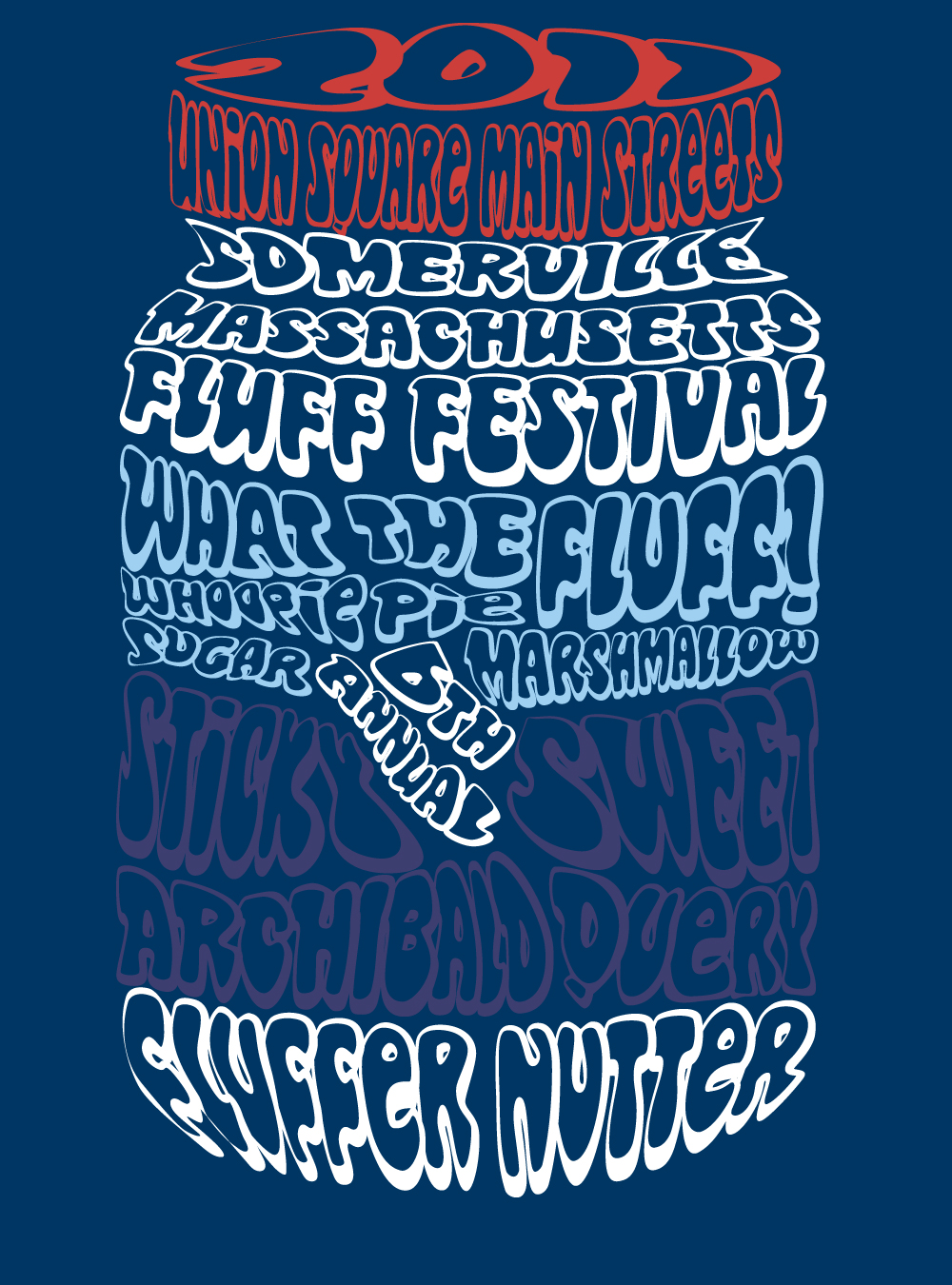 Celebrating the wonderful diversity of American regional foods is a passion of mine and, because I grew up in Massachusetts, Durkee-Mower’s product, Marshmallow Fluff, is what I consider to be the crown jewel of all regional foods. It was delightful to find that I share my passion for this white, gooey stuff with Somerville, Massachusetts Union Square Main Streets Executive Director, Mimi Graney, who puts on an annual street festival called What the Fluff? A Tribute to Union Square Invention. There are a slew of all-ages fun planned, from midway games (Blind Man’s Fluff, anyone?) and live performances to just about everything Fluff-related in-between.

Although now produced exclusively in Lynn, Massachusetts, Fluff was invented by a Somerville man, Archibald Query, in 1917 who sold it door to door until WWI sugar shortages created a production issue. Fluff’s recipe and rights were sold to H. Allen Durkee and Fred L. Mower for $500 in 1920. The Durkee-Mower company continues to bring this East coast Fluffernutter sandwich staple right into the 21st century.

This year’s festival, our sixth, is expected to be larger than ever before, with 10,000 anticipated – drawn by their love of Marshmallow Fluff, enamored by the genius of Archibald Query, and, we strongly suspect, because folks will want to meet the three famous Fluff lovers joining us this year. This year’s VIPs are Rick Linnehan, a NASA astronaut who served up Fluffernutters on the International Space Station, Allee Willis is an amazing songwriter who’s written a slew of songs you totally know, and most Fluff-tastic, Susan Olsen, also known as Cindy Brady from the Brady Bunch.

This year’s 70s-themed festival takes place in Somerville’s Union Square Plaza on Saturday, September 24, 2011 from 3 to 7 pm with a raindate of September 25, 2011. A “super-exclusive” VIP reception is slated for Friday, September 23, 2011 and tickets are only available by contributing to the festival’s fundraising campaign. Somerville coffeeshop, Bloc 11, will feature Susan Olsen’s Fluff-inspired artwork before and during the festival.

On a personal note, I will be traveling cross-country specifically to participate in all the weekend’s events. My six-year-old daughter is thrilled to be a judge in the festival’s Fluff Cooking Contest.