During the 1950s, utility companies across the United States launched a massive ad campaign touting the wonders of electricity. The campaign was called “Live Better Electrically”, which later led to the establishment of the “Medallion Homes” accreditation program, which focused on homes being built around electric conveniences and the quality of the electricity provided.

Westinghouse embraced this concept wholeheartedly with its “All-Electric House” in 1959. Company spokeswoman Betty Furness took viewers through this futuristic house tantalizingly explaining how electricity would help the residents live their fullest life.

I’m Betty Furness in all my years at Westinghouse I’ve covered some pretty interesting stories but here is truly the most wonderful and exciting thing I’ve ever had the chance to talk about. It’s the Westinghouse Total Electric Home. A home where electricity does everything, heats, cools, illuminates, launders, preserves and prepares foods, and entertains. It even lights a path to the front door.

While the form is different, much of these electric marvels have become a part of everyday life in 2020. From the video doorbell to the automatic washer and dryer to the automatic music player, much of what was being offered has indeed come to make our lives easier.

According to Michael Houser, Architectural Historian at the Washington State Department of Architectural and Historic Preservation, these homes were the height of modernism at the time.

The LBE campaign positioned natural gas, the biggest power source of the time, as an outmoded method to operate appliances like furnaces, cooking ranges, water heaters, and clothes dryers. Living in a Medallion home was marketed as the apex of modern living. To heighten their modern, futuristic feel, many all-electric homes also had unusual electrical amenities such as electric curtain rods and baseboard heating, or even such unusual items as task lighting under a woman’s dressing table for pedicures. 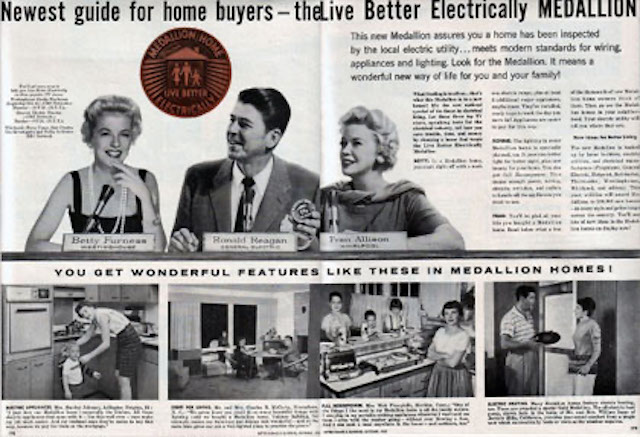 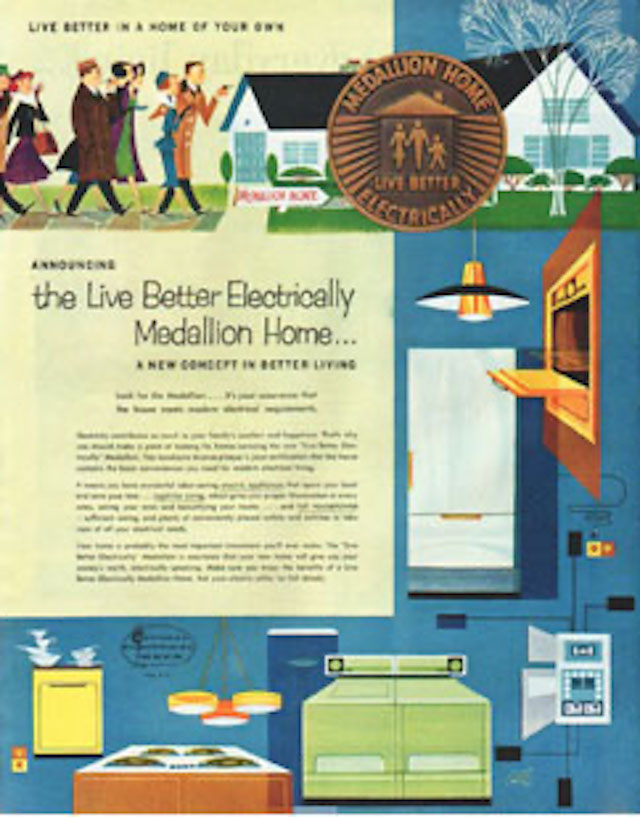 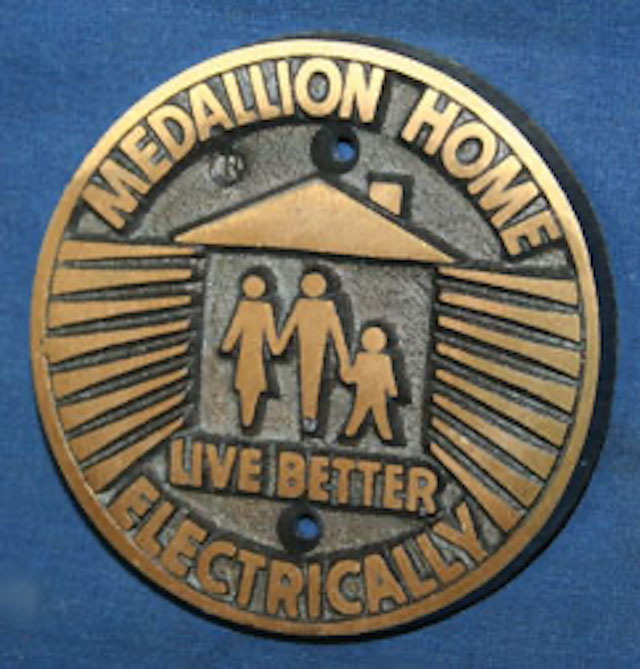