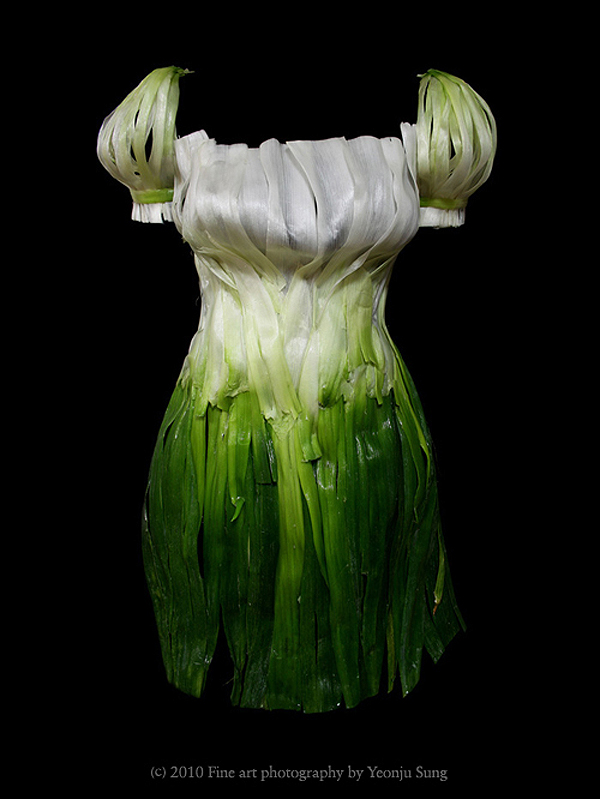 Since 2009, South Korean artist Yeonju Sung has been using foods to make elaborate women’s clothing for her series, “Wearable Foods.” Most of the clothing is made out of fresh vegetables and none of the items are actually wearable, or long-lasting—they exist primarily in Sung’s photographs.

This series deals with the concept of creating images that interchange the actual reality and the made-up reality on many levels. This body of work is her version of the made-up reality, which destroys the core meaning of clothing, which is the ability to be worn.

This series of her work forces viewers to defy the actual meaning, the functionalities, and the aspects of what clothing signifies in our lives. The essence of clothing and food has been reinterpreted. Each element does not fulfill its own role and yet, each suggests an unconventional and even contradicting role – un-wearable clothing that is made out of the materials that do not last. 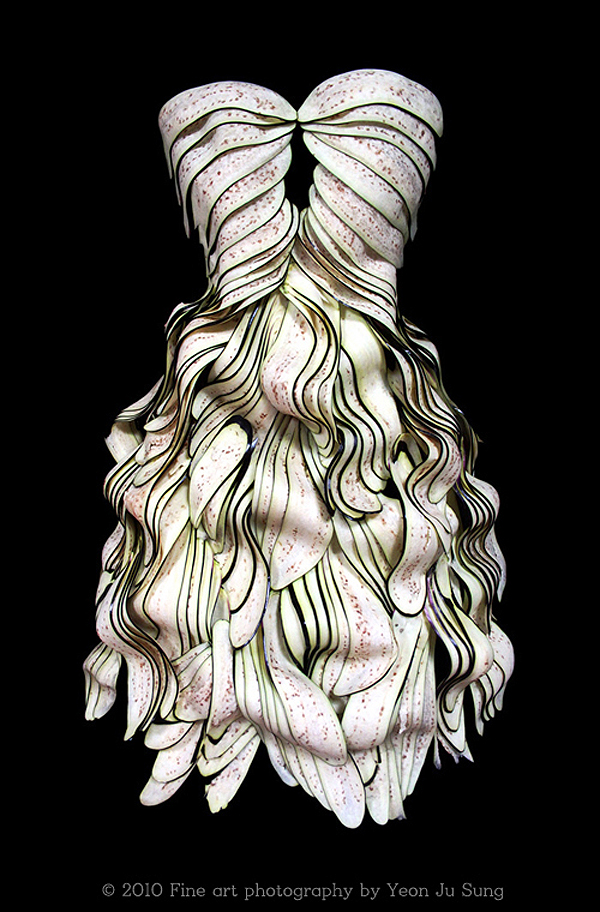 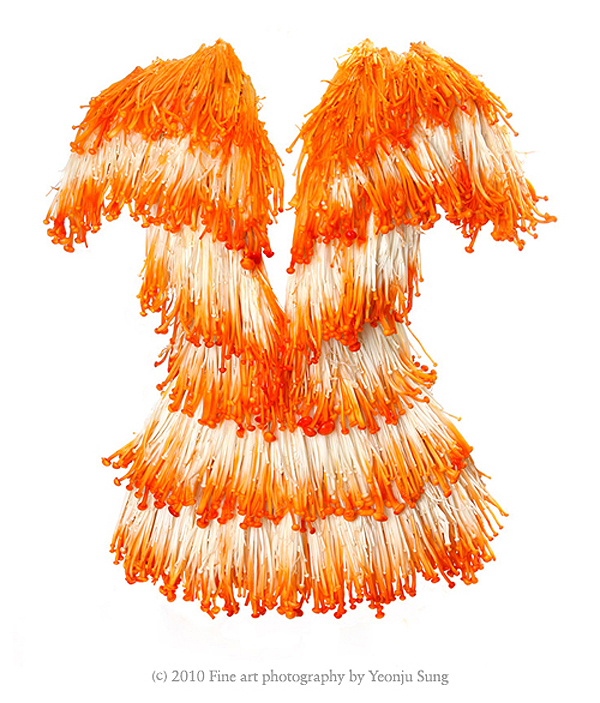 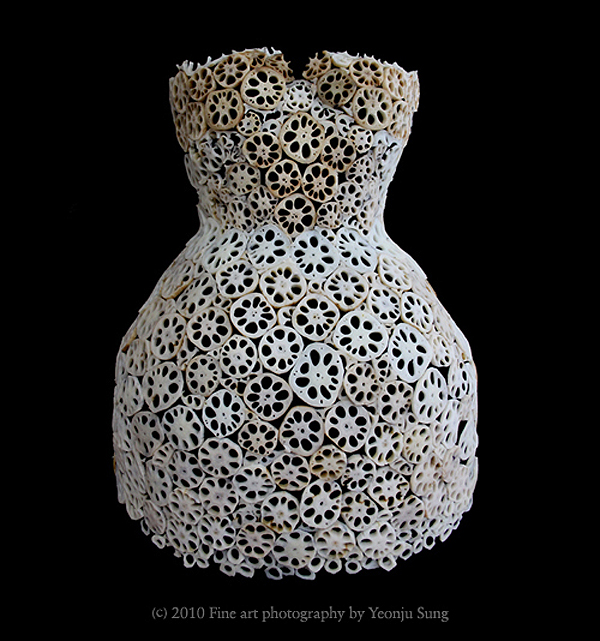 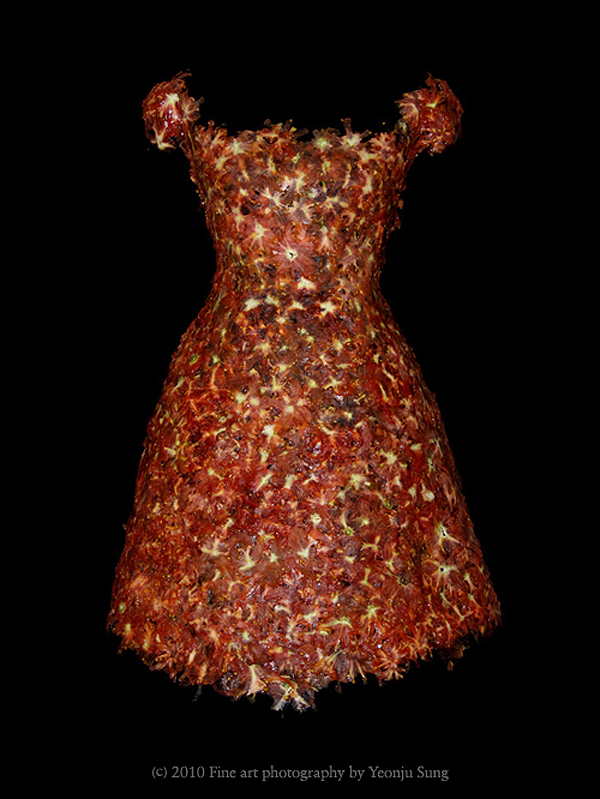 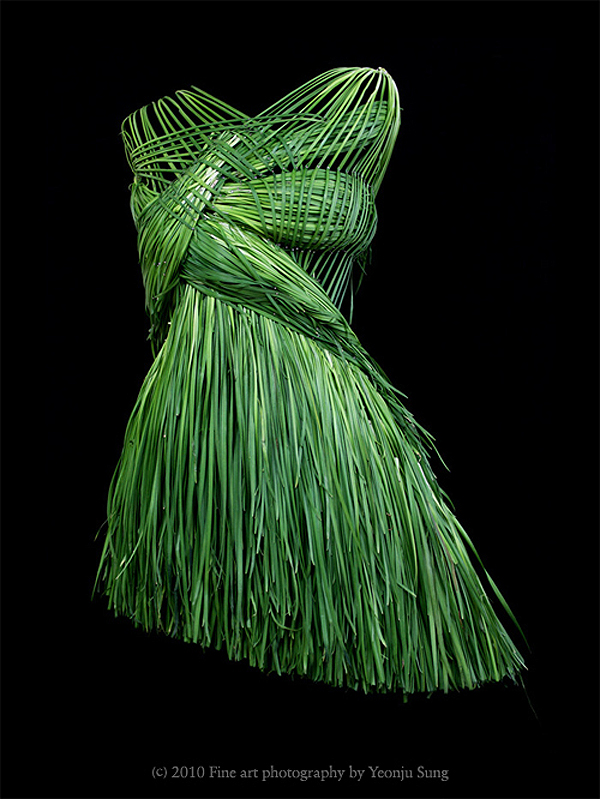