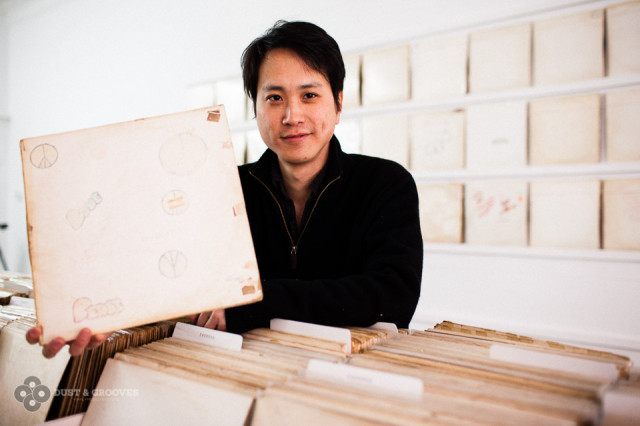 For the past seven years, artist Rutherford Chang has been collecting first pressings of the Beatles’ 1968 self-titled album, which is commonly known as The White Album. Chang says he is drawn to the album because of artist Richard Hamilton’s iconic white, nearly featureless cover design—the cover visibly displays age and weathering, and in some cases the artistic alterations of the album’s former owner. Chang’s collection, currently numbering 699 copies, is on display at his installation “We Buy White Albums,” at Recess gallery in New York City. The installation resembles a record store, complete with bins organized by serial number, and Chang is on site to buy (but never sell) copies of The White Album. In addition, he is recording albums in his collection and digitally layering them into scratchy compilations—here’s 100 copies played simultaneously:

For more on Chang’s curious collection, see his interview with Dust & Grooves and this New York Times article. 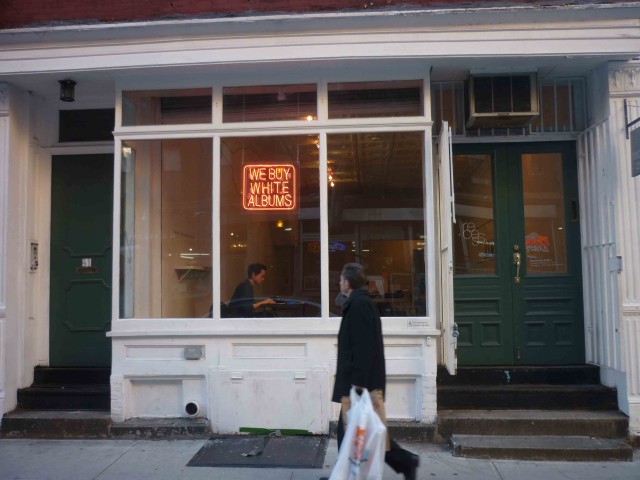 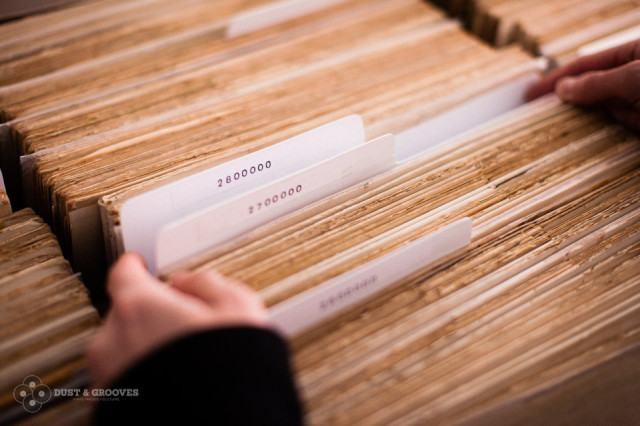