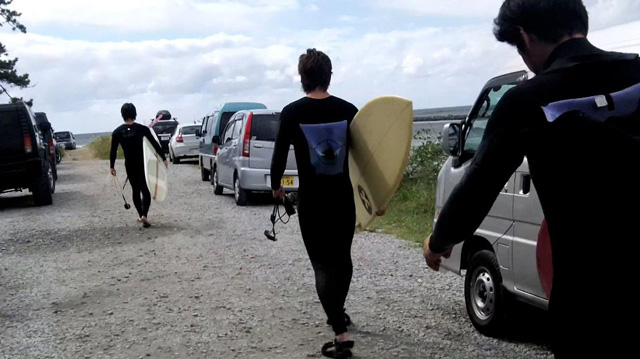 We Are All Radioactive is an online documentary film project that focuses on a group of surfers helping to rebuild northern Japan after the 2011 Tohoku earthquake (and tsunami). The project is by TokyoMango blogger Lisa Katayama and TED film director Jason Wishnow. A fundraising campaign has been started on IndieGoGo to fund each of the episodes. They will make episodes as each financial milestone is reached until April 15, 2012.

A statement from Lisa about the project:

Sunday is the one-year anniversary of the Tohoku earthquake, and we really need to remind people of how people in Japan are still living with the aftermath + uncertainty about radiation every day.

Because I’m a storyteller and I spend a lot of time on the Internet, I figured the best way for me to help Japan is to tell stories that are normally ignored. Like the stories of these surfers. And the fishermen they’re helping. And the government officials who are looking for a neutral third party to connect them with the locals.

We traveled to a town called Motoyoshi, about 100 miles north of Fukushima, where a group of surfers have pitched tents on unaffected patches of land and set out to rebuild northern Japan. We gave waterproof video cameras to the residents of Motoyoshi, so they could share their experiences through their own lens. Finally, we spent time with Japanese artists, anti-nuclear activists, government officials, and global experts on radiation to help solve pressing, unanswered questions.