In an effort to reduce traffic accidents during Spring 2017, the Direction Régionale et Interdépartementale de l’Equipement et l’Aménagement (DRIEA) in Paris, France installed a series of “Virtual Crash Billboards“, ingenious multimedia screens that blare the sounds of car crashes to pedestrians as they begin to cross against the light. The onboard camera then takes a picture of the pedestrian’s terrified face and displays it with the warning “Don’t take the risk of staring into the face of death. When crossing the street, pay attention to the traffic lights”.

At the end of March there were installations at pedestrian crossings on main roads in Paris. Through a motion detector and hidden attached speakers, every time a pedestrian crosses the street on red, the sound of abruptly braking tires and screeching noises were played. At this precise moment, a camera records the “caught” person’s shocked face. The results were snapshots of deeply frightened people, as it was written on their faces, that showed they had done something extremely reckless and put themselves in the face of danger.

DRIEA is planning on expanding this program to other locations such as train stations around Paris.

Those photos and videos that were recorded under “real conditions” are now the central part of the road safety campaign, “Quinzaine Régionale des Usagers Vulnérables” of DRIEA, starting next month. It will be seen in Web ads, social media, but also in several public areas – for example at train stations – in the greater Paris area. 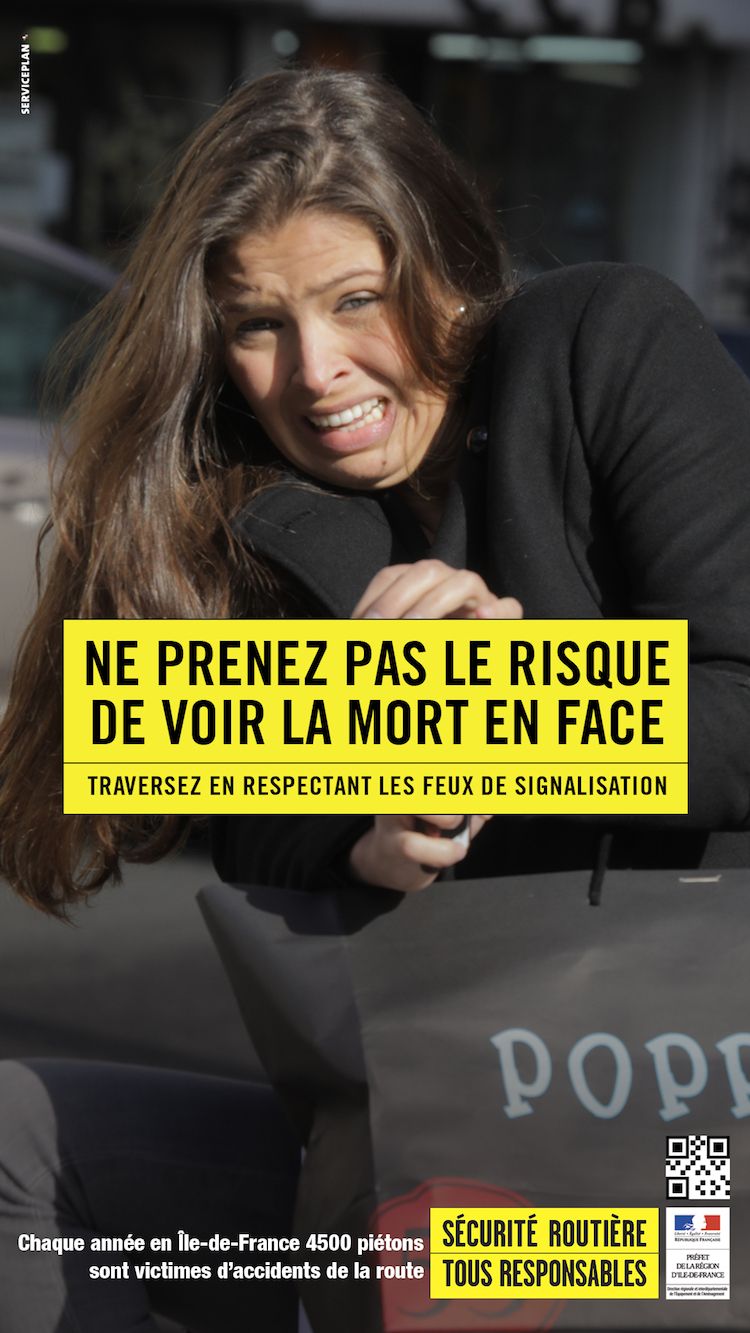 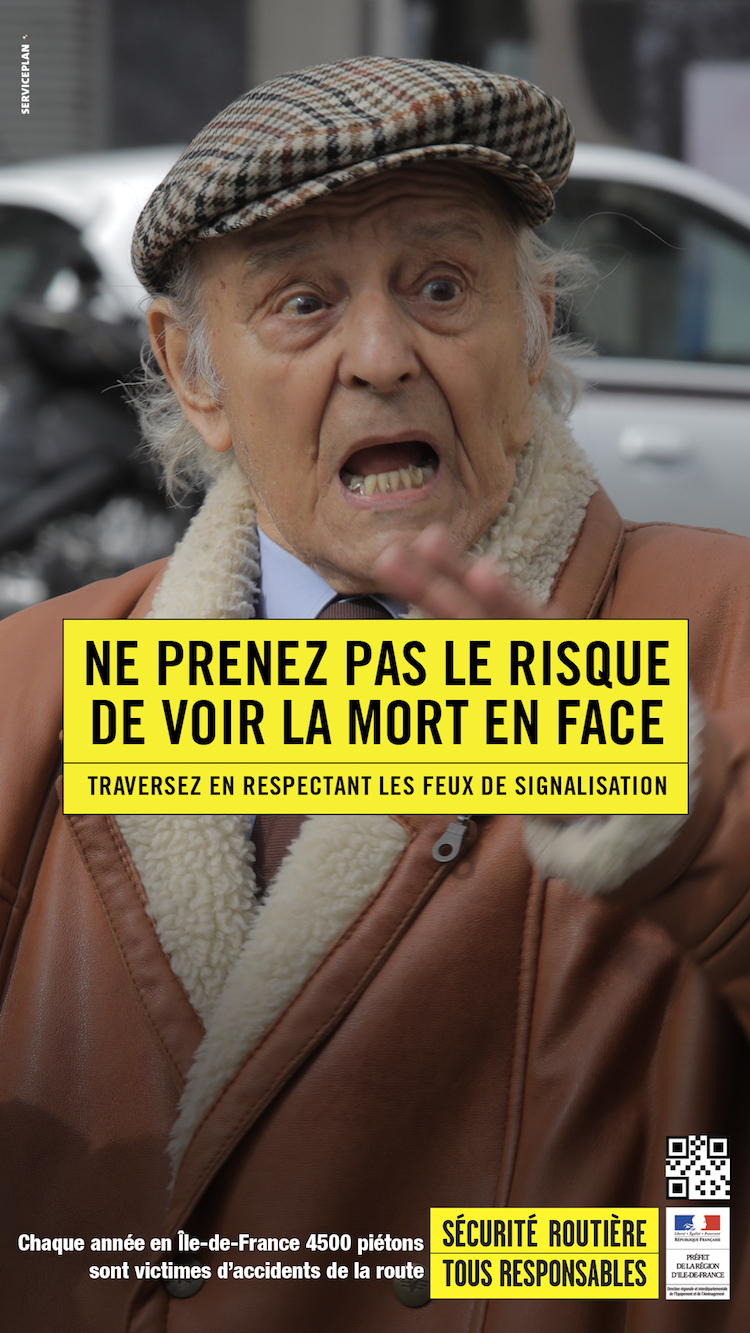 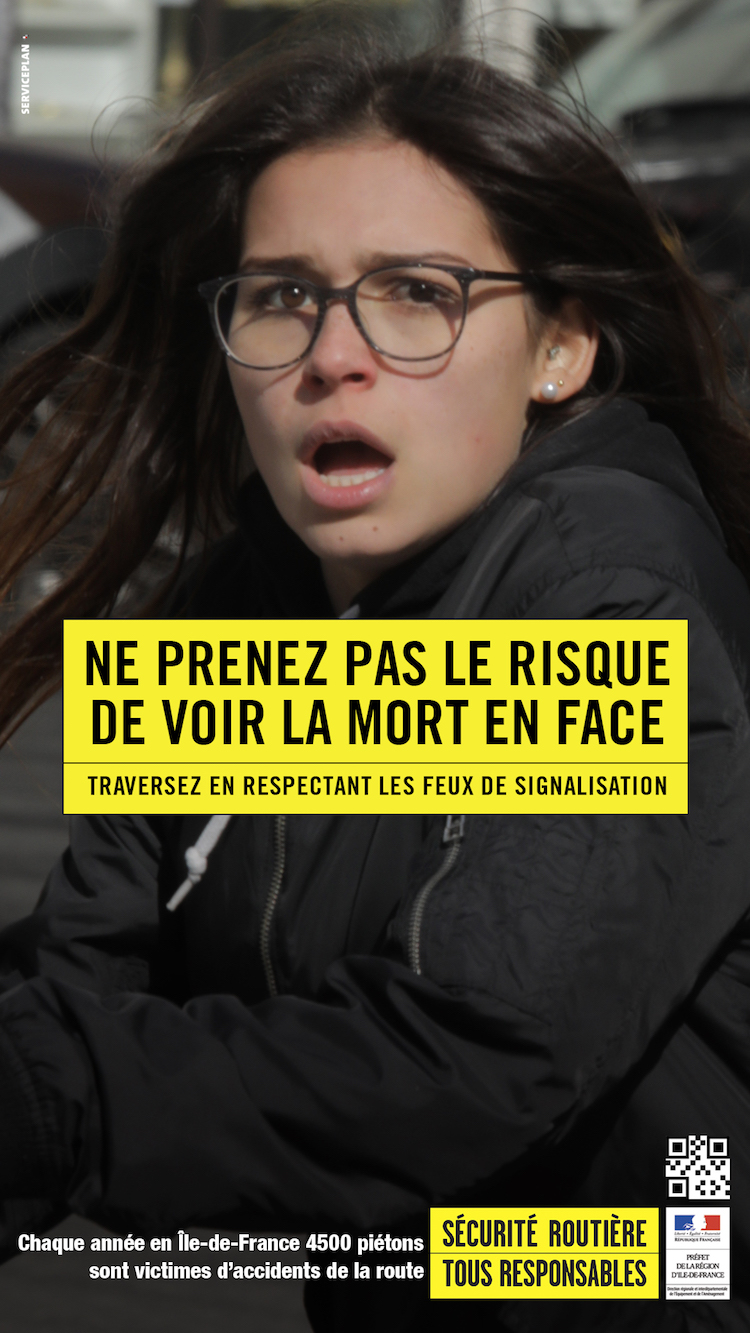