Rob Thomas, the creator and executive producer of the popular television detective series Veronica Mars, and its star Kristen Bell, have launched a fundraising campaign on Kickstarter to finance a Veronica Mars film. The campaign just launched and is already considered the largest Kickstarter film project in history, nearing its 2 million dollar goal on the first day. If successfully funded, they aim to have the film released in early 2014.

Warner Bros. owns the rights but according to Thomas, gave the project a conditional blessing based on the interest of its fans:

Of course, Warner Bros. still owns Veronica Mars and we would need their blessing and cooperation to pull this off. Kristen and I met with the Warner Bros. brass, and they agreed to allow us to take this shot. They were extremely cool about it, as a matter of fact. Their reaction was, if you can show there’s enough fan interest to warrant a movie, we’re on board. So this is it. This is our shot. I believe it’s the only one we’ve got. It’s nerve-wracking. I suppose we could fail in spectacular fashion, but there’s also the chance that we completely revolutionize how projects like ours can get made. No Kickstarter project ever has set a goal this high. It’s up to you, the fans, now. 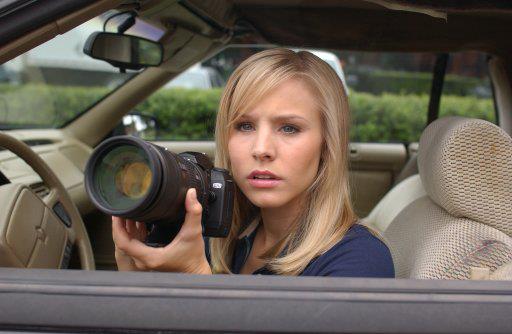