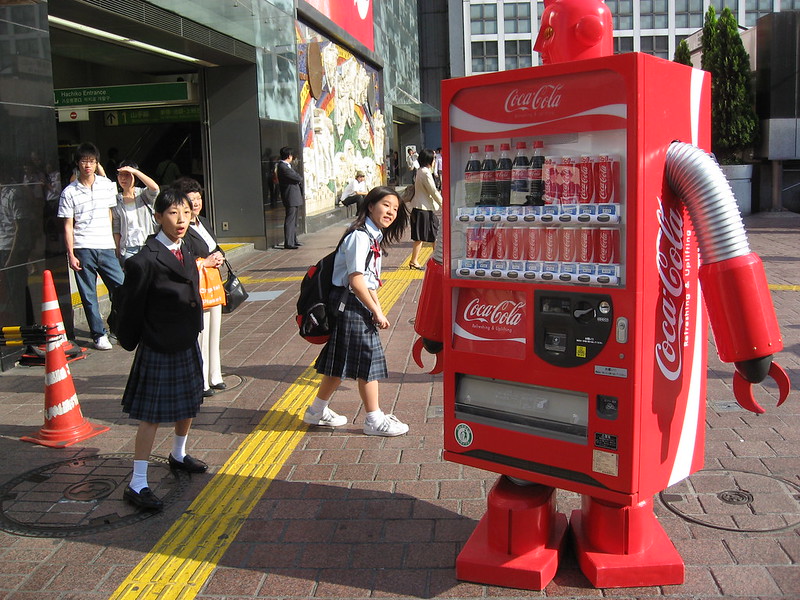 Coca-Cola has a new promotion in Tokyo featuring a giant robotic Coke machine know as “Vending Machine Red” that is making appearances around town. It has been a big hit with the culturally obsessive Otaku. As part of the campaign, Coke has created a great series of Vending Machine Red commercials, done in the style of a 1960’s Japanese Tokusatsu live-action television show.