Portland filmmaker Brighton West has created Vancouvria: Dream of the Suburbs, a brilliant spoof video of Portlandia: Dream of the 90s, the original promotional video for the IFC comedy, Portlandia. The music video stars Scott and Deidra as Fred and Carrie, with music from AlexianSounds, announces “that the dream of the suburbs is alive in Vancouver” (Washington). Interestingly, Vancouvria will not just be a one-up spoof video, as Brighton and the cast have been filming additional episodes for a future ongoing web show.

Here’s the original promotional video of Portlandia: Dream of the 90s for comparison: 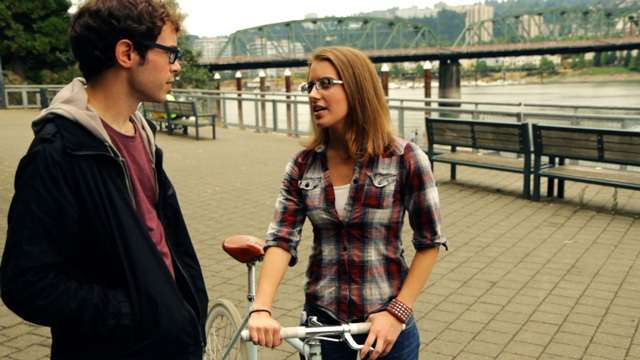 …Scott and Diedra as Fred and Carrie in Vancouvria

Thanks to Rebecca for the tip!