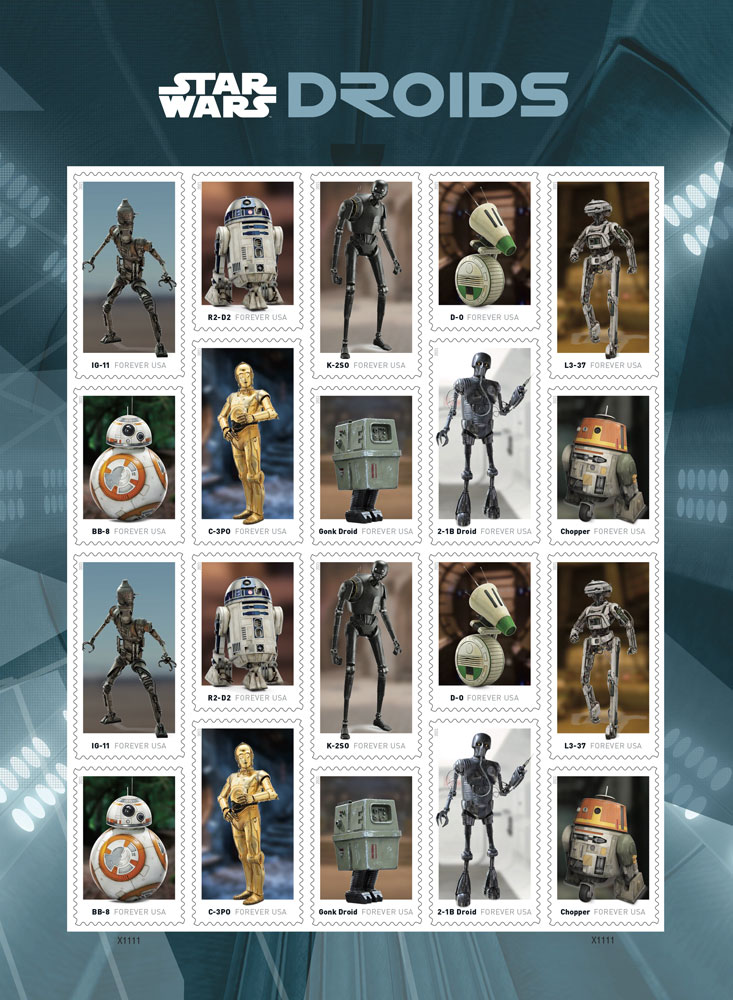 The United States Postal Service has announced that they will be releasing a wonderful series of postage stamps featuring the beloved and very familiar droids from the entire Star Wars franchise.

These stamps are expected to arrive sometime in Spring 2021.

The USPS picked these droids as a nod to the work that Lucasfilm and Disney are doing to help support STEM learning initiatives across the country.

These set of droids are a nod to Lucasfilm’s, as well as its parent company, Disney’s, commitment to science, technology, engineering, and math (STEM) learning and the continued collaboration between “Star Wars: Force for Change” and global pre-K-12 nonprofit organization “FIRST” (For Inspiration and Recognition of Science and Technology). “Star Wars: Force for Change” and “FIRST” have joined forces to expand access to STEM learning to more young people around the world, and to help them envision a brighter, more inclusive future.