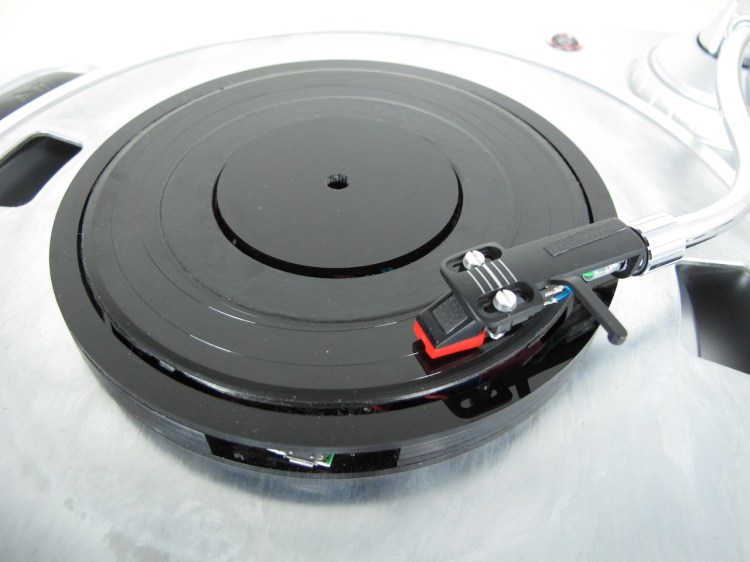 Universal Record is a device that allows virtually any audio to be played on a record player. Created as an art project by Jesse England, the device consists of a Bluetooth audio receiver coupled with an acoustic transducer that vibrates a vinyl disc. Because the device operates through vibration (rather than the grooves of a vinyl record), the turntable does not need to spin for sound to be produced. Though as England demonstrates in this YouTube video, operating the turntable does add a pleasingly vintage record crackle. Universal Record is not intended to be viable replacement for records–outraged YouTube commenters take note–rather it is a meditation on the analog/digital divide:

With this project, I ask: In the record listening experience, how important is the still environment and kinetic spectacle? With modern tangible media supplanted by cross-platform, network-based storage and playback, is contemporary record and turntable ownership a novelty, or an effort towards meditative stability? 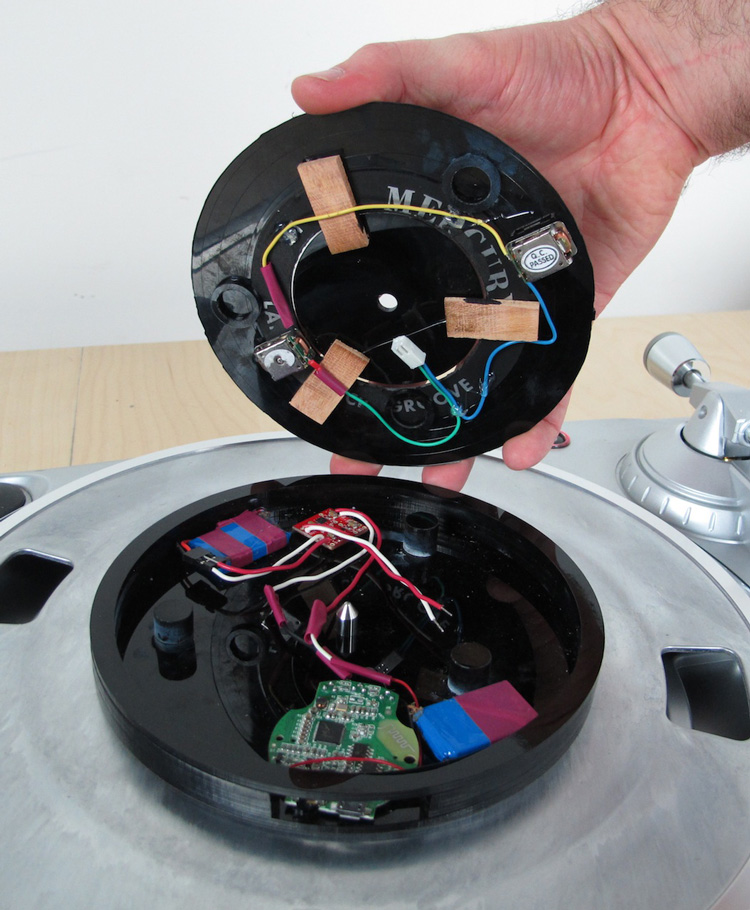 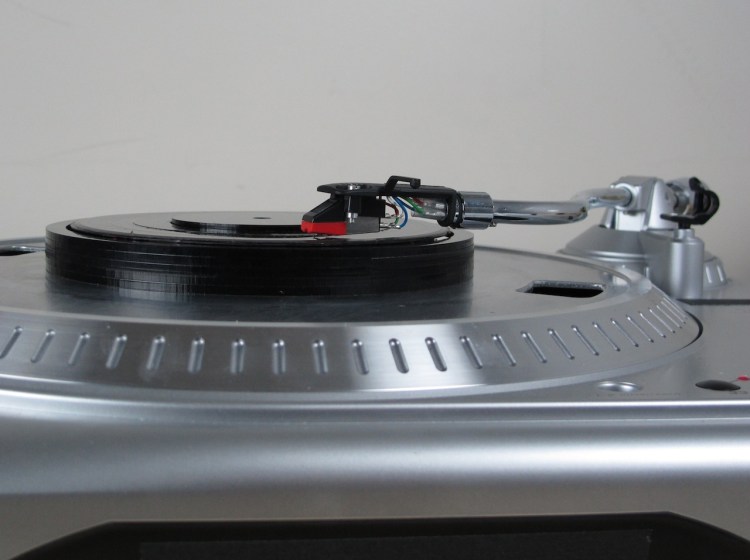 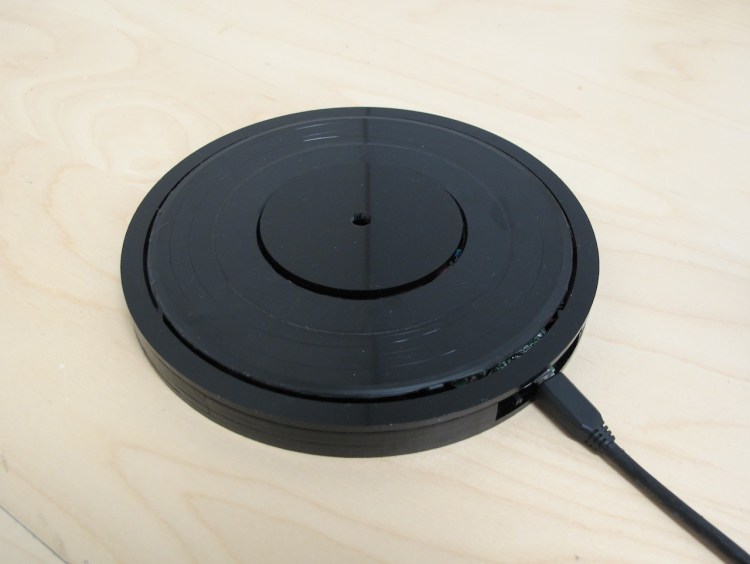