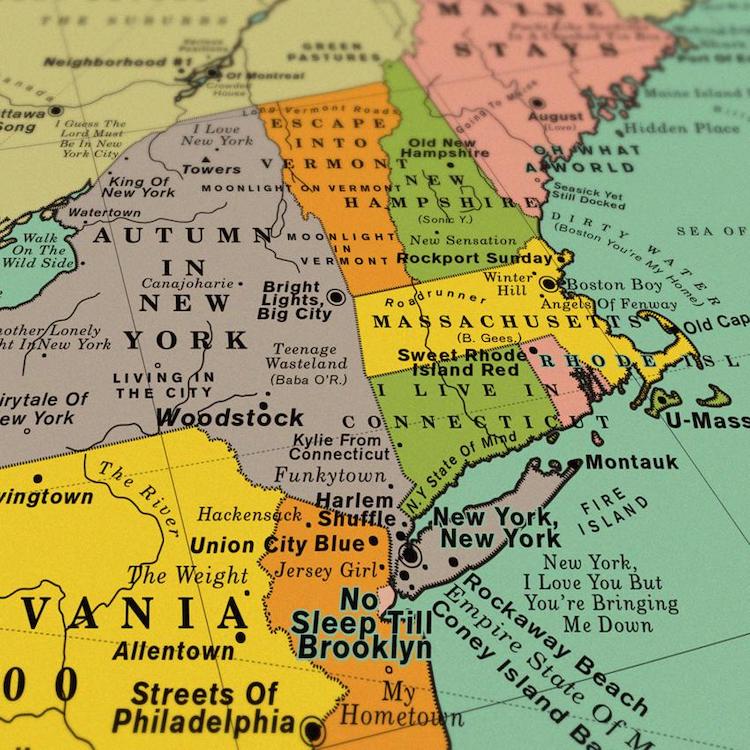 In 2012 we wrote about the “Song Map”, a whimsical road map by Dorothy, that reimagined all roads and locations with names taken from song titles (e. g. “Highway to Hell” and “Heartbreak Hotel”). In 2017, we wrote about their World Song Map and at the beginning of 2018, we wrote about an reimagined map of London that included 150 new songs. Now the collective has created a vintage style map of the United States, with over 1,000 classic and new songs titles, which is available for purchase through their website.

A map of the United States of America made up entirely from the titles of over 1,000 songs. This vintage styled map will take you on a musical journey around the U.S. via the titles of songs that reference states, cities, rivers, mountains and landmarks 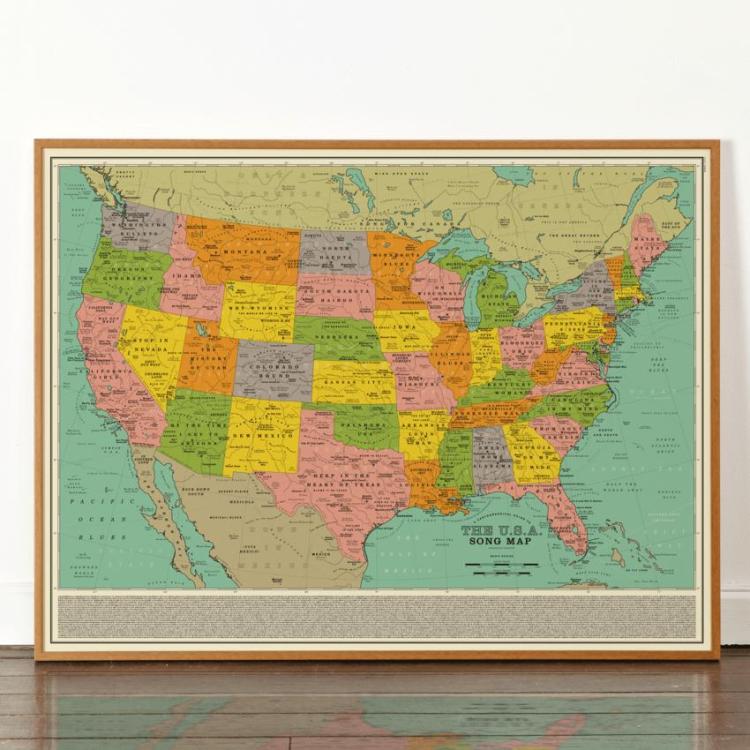 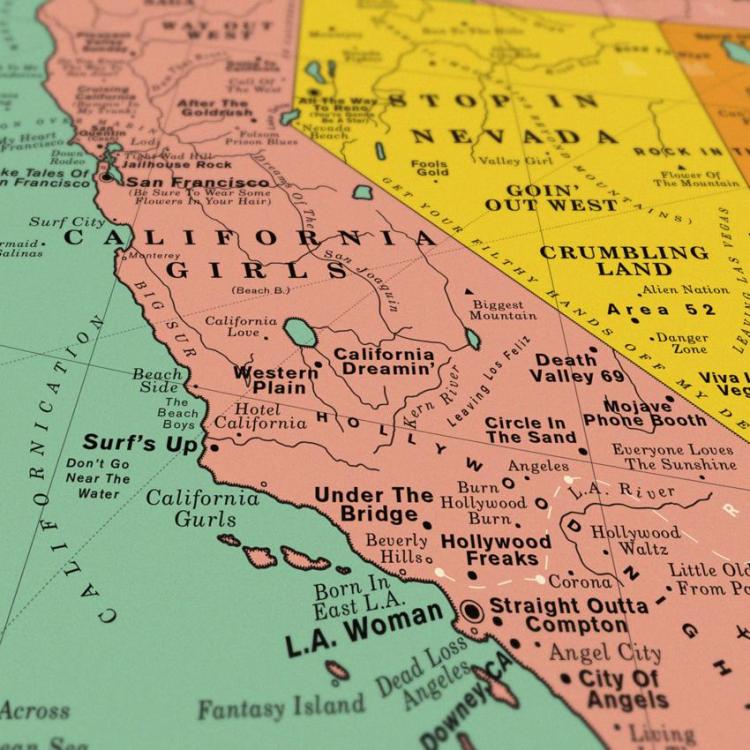 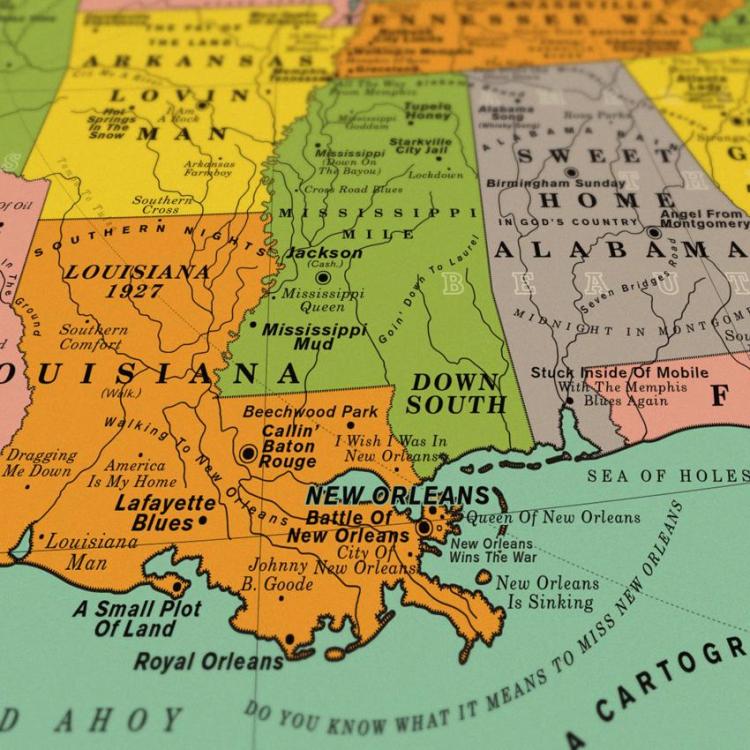 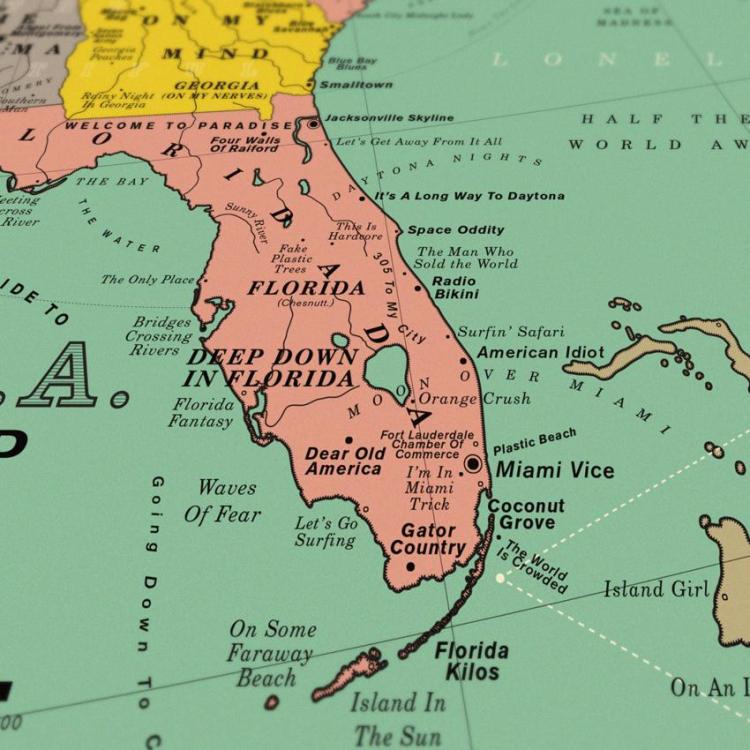 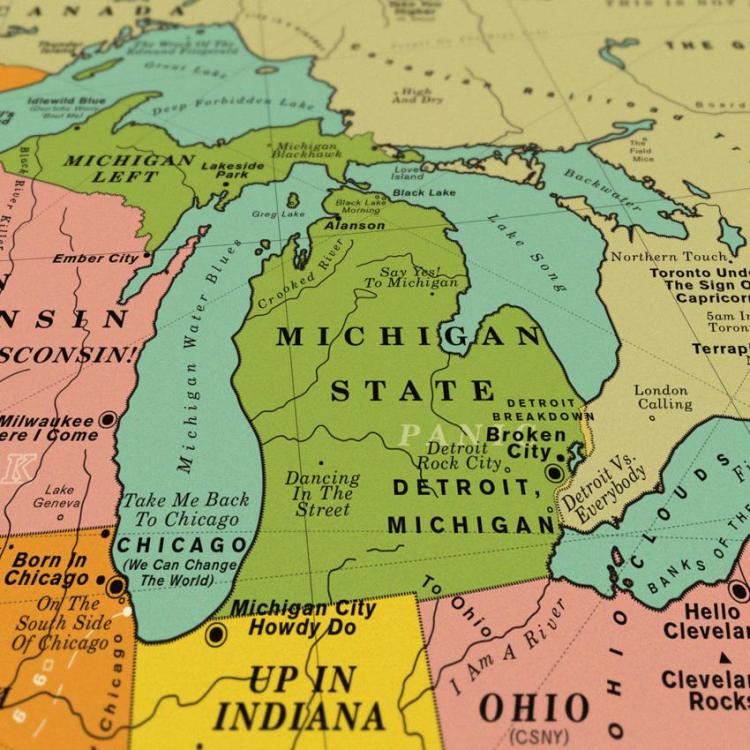 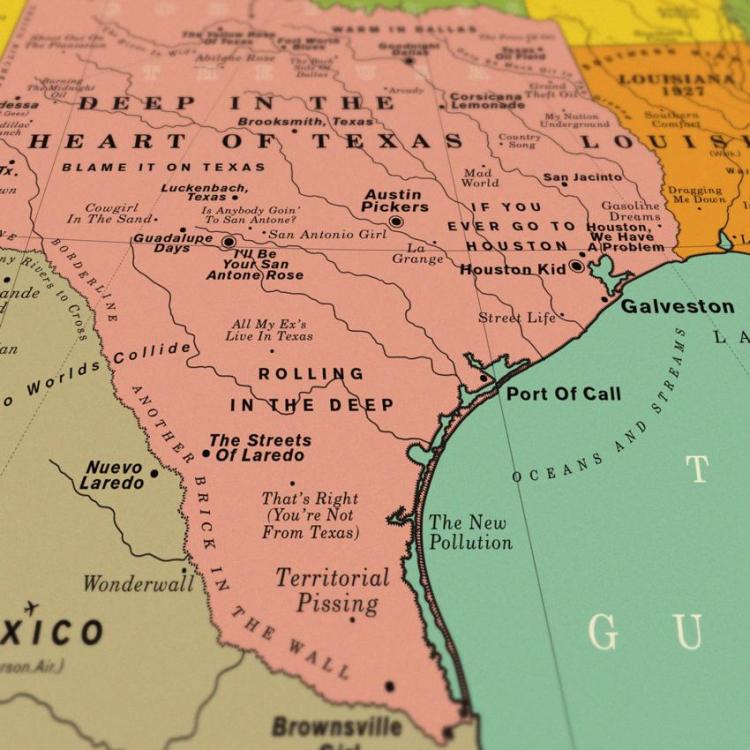