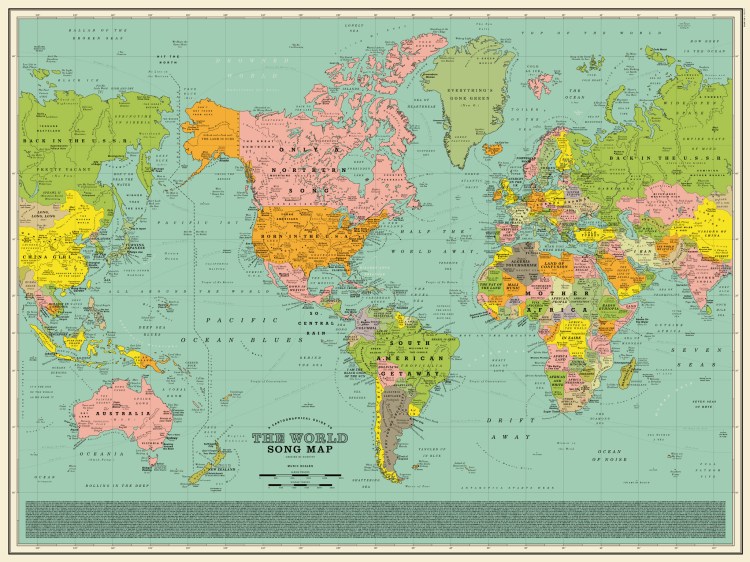 In 2012, we wrote about The Dorothy Collective‘s very clever “Song Map”, a detailed poster in which all road and location names were taken from song titles. They’ve since updated and incorporated this same idea to the entire world in a classic mid-century style.

An imaginary world map where the continents, countries, cities, oceans, rivers and landmarks are made up from the titles of over 1,000 songs. From the obvious classics such as Born in the U.S.A. (Bruce Springsteen), Back in the U.S.S.R. (The Beatles), Anarchy in the U.K. (Sex Pistols), China Girl (David Bowie), New York, New York (Frank Sinatra), Radio Ethiopia (Patti Smith) and Radio Free Europe (R.E.M); to cult classics and some of our own personal favourites such as Trans Europe Express (Kraftwerk), No Sleep till Brooklyn (Beastie Boys), London Calling (The Clash), Town Called Malice (The Jam), Hong Kong Garden (Siouxsie and the Banshees), Fake Tales of San Francisco (Arctic Monkeys), Hit the North (The Fall) and Afrika Shox (Leftfield). 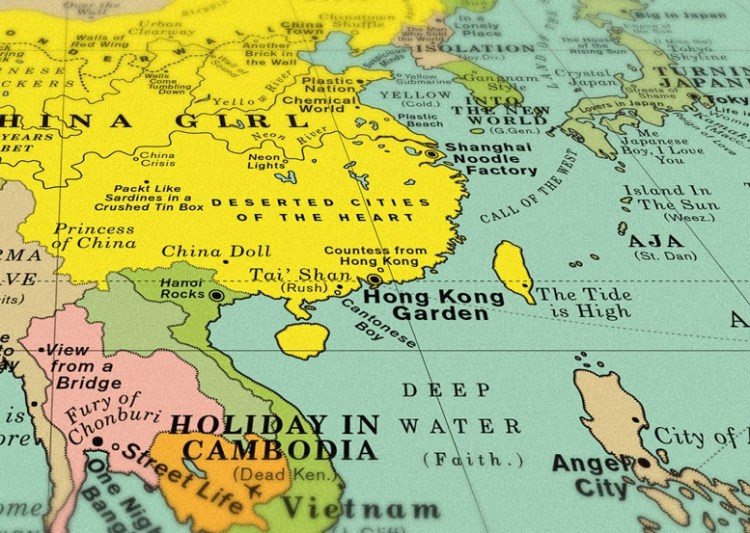 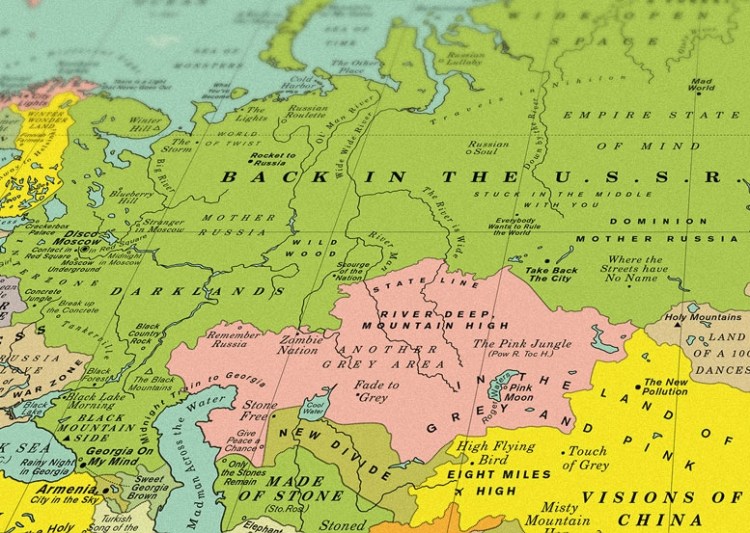 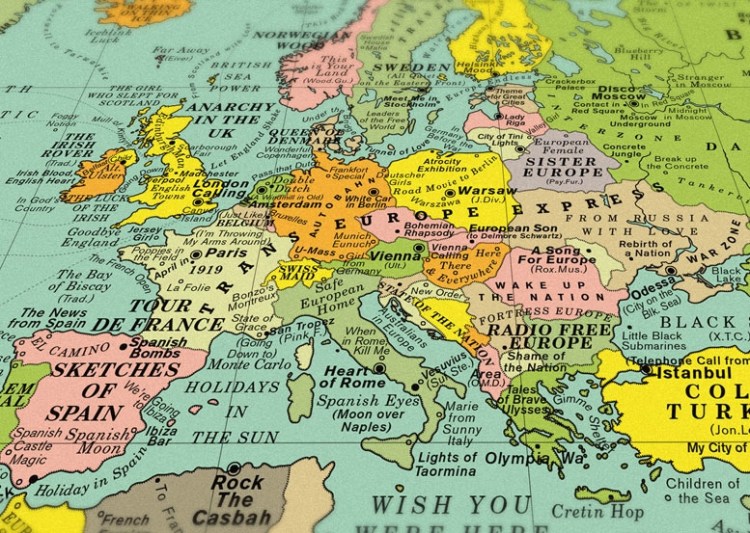 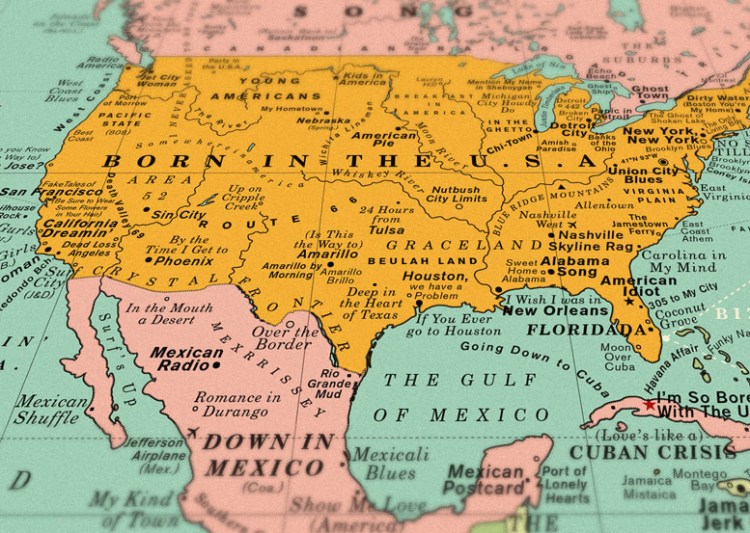